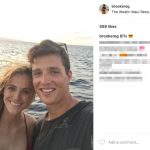 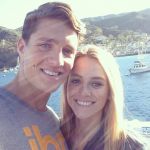 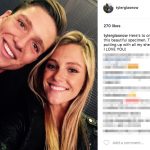 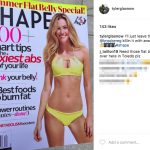 Tyler Glasnow’s girlfriend Brooke Register is a marvelous young model. It’s difficult not to marvel at her in her photographs because she just looks so good. Brooke has a lot of freckles that give her a down-to-earth quality. You don’t want models to look to airbrushed, and freckles humanize her. Brooke refers to Tyler as a best friend forever since they apparently get along famously. As you might imagine, Brooke does a lot of bikini and underwear work because her body is smoking hot. When you want a tall, blonde, beautiful model to make your clothes look good, call her!

Between modeling gigs, Tyler Glasnow’s girlfriend spends her time with Tyler, her family, and her friends. The couple even vacationed recently in Hawaii. Last year, she traveled to Vancouver to for a little rest and relaxation. The two of them also went to Turks & Caicos in November of 2015. It’s a popular spot for pro athletes to chill in the sun with their hot model girlfriends. The trip included a cruise, and Brooke mentioned it was her first cruise. Also in 2015, Brooke went to an elephant nature park where she met a small elephant. The elephant gave her a little nibble while she carried a basket around.

Together for the long haul

The couple has been together for almost a decade now years. Brooke is only in her mid 20’s, but she posted a picture of herself and Tyler together when they were eighteen. Tyler Glasnow’s girlfriend thanked him for making every day better than the last. It’s a classic social media comment and always hits the mark. In May of 2015, Brooke traveled to London with her sister to engage in touristic activities. Her sister is also great looking, of course. They often appear together in pictures on social media, and they are apparently very close. In December of 2014, Tyler and Brooke vacationed at Santa Catalina Island. They ziplined together and looked good doing it. 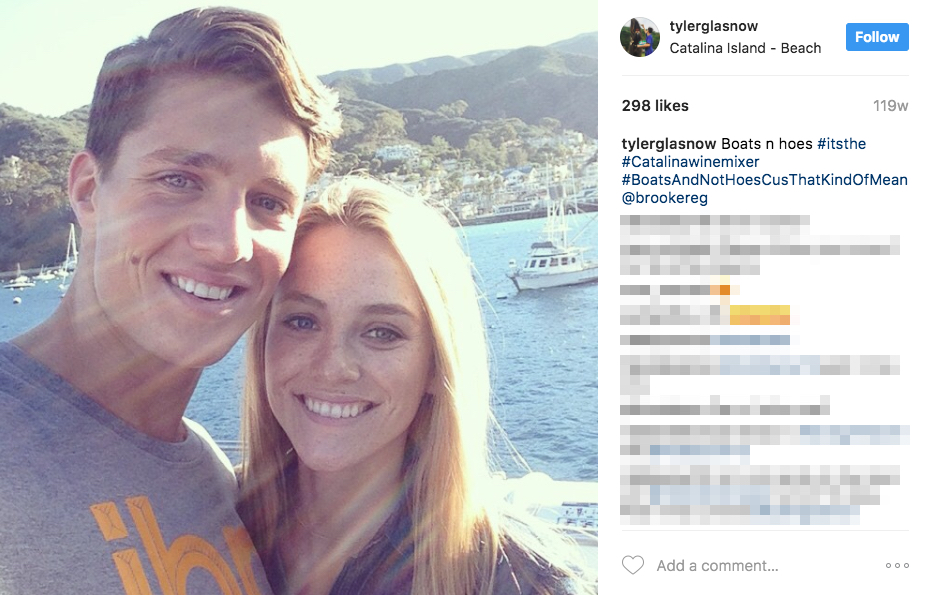