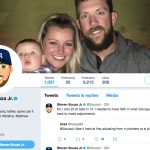 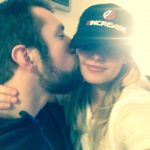 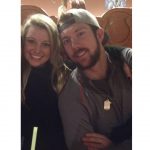 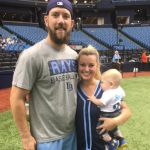 Steven Souza Jr.’s wife Mikaela Souza married him in 2015 and gave birth to their child a year after. They named their son Micah and dress him in baby baseball uniforms. Steven shared a picture of Micah wearing a pin-striped uniform. The young man likes to answer questions directly on his social media page. His fans appreciate him for it too since openness works well with fans. In fact, I don’t think I’ve seen a professional athlete who interfaces more with fans on social media than Steve, and I have seen a lot of their social media pages.

Mikaela will tell you how much Steven changed after he took up Christianity as a full-time ideology. He formerly distracted himself with booze and women, but now those days are behind him. According to an article by the Tampa Bay Times, Steven fell into a depression after his ex-girlfriend cheated on him with his teammate. She lived with him, and he considered the teammate a trusted friend. Since then, he changed his life model and plays the role of father and family man. Steven Souza Jr.’s wife feels pretty darn good about it.

I am almost positive Steven Souza Jr.’s wife Mikaela gave birth to their son on December 16, 2016. He posted a picture of her holding him on that date and introduced him to the world. Obviously it became a big moment in his life because it turned him into a father and gave him a new perspective. Before the birth, Steven occasionally shared photos of day-t0-day activities with his wife. Those included trips to breakfast spots in Florida. The couple also own a dog who appears to be a Poodle and Labrador mix. Steven started to appear in her social media feed in 2014, but I believe they met before that since the lead-up to the wedding took a long time. 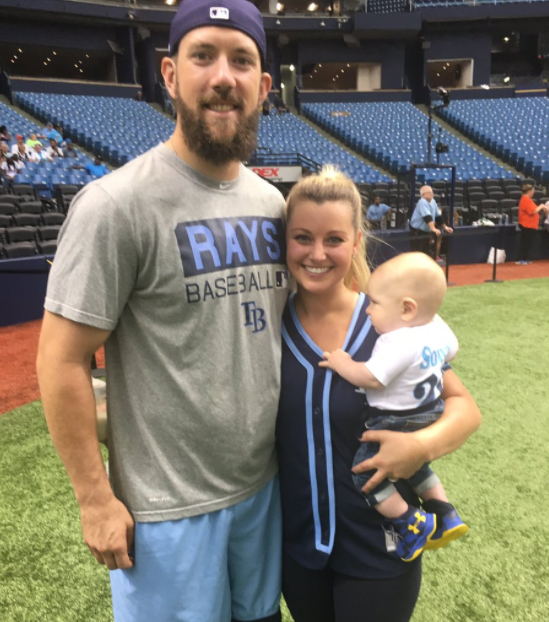