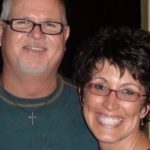 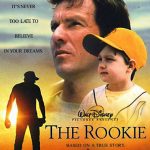 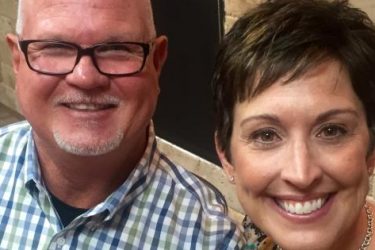 Jimmy Morris’ wife Shawna Morris met him on a blind date shortly after he divorced his first wife, Lorri.

Lorri gave birth to three of Jim’s sons, but their life together led to drama. The movie ended while they were still together, but Morris nowadays describes those days as hellish. In fact, his 10 year-old son Hunter called him while he was in spring training and complained about his Mom. Jim then decided to quit baseball so he could straighten out his personal life. At that point, he divorced Lorri and found a new life with Shawna. He cited tendinitis as a major reason to retire.

And what a life it turned out to be. Jimmy Morris’ wife Shawna is a big Christian. She influenced Jim to become dedicated to Christian life. These days, Jim and Shawna help out at youth events. Jimmy gives speeches to kids and could accurately be described as a motivational speaker. He says, “It’s about what God can do through me.” A good example of their outreach activities is the San Antonio BCFS, which helps poor and abused kids. Shawna also attends other speeches Jimmy gives. For example, he spoke at a corporate event for an insurance company a couple years ago. She likes to attend these events too.

It’s pretty hard to find any pictures of Jim’s first wife, Lorri, on the internet. She’s certainly not an internet type person. The exact details as to why their marriage melted down aren’t very clear either. Jimmy Morris’ wife Shawna is the model citizen. However, according to Jim, their son “saw too much” at home while he was away. I have no idea what that means, but maybe she was doing drugs or something? Seeing too much for a ten year-old could mean almost anything. Was she screening back-to-back seasons of the popular 70’s sitcom Gilligan’s Island? Because that would really be seeing too much.