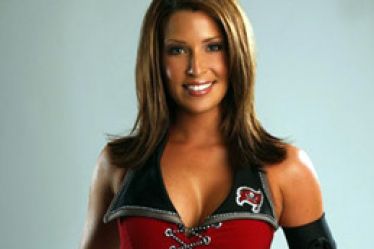 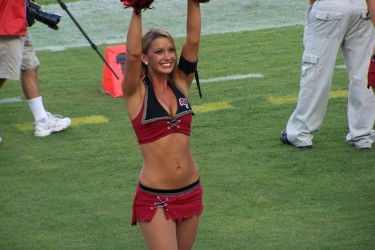 Evan Longoria’s one time, rumored girlfriend Jaime Hanna is a 3 year veteran cheerleader of the Tampa Bay Buccaneers.  She has a real day job that doesn’t involve poles or clear heels.  Jaime is a dental hygienist in the Tampa Bay area. While some suggest they are just friends, it’s been reported in multiple other forums that the two are in fact dating.  Their time together is unknown precisely, but the two were first spotted together at a USF football game in 2008. 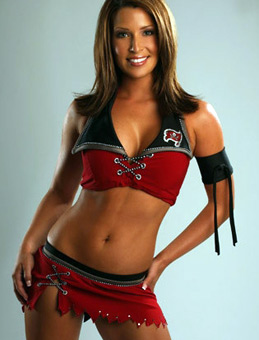