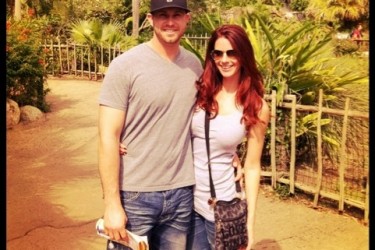 Sorry ladies of Tampa Bay, but it appears legit to say this time that hometown Rays heartthrob Evan Longoria has himself a girlfriend.
Meet Jamie Edmondon: Playboy Playmate, Miss January 2010, Amazing Race contestant, and my favorite descriptor of all,… FAU graduate with a degree in Criminal Justice. It appears that Evan and Jaime have been dating for a few months now, but was only recently confirmed through a variety of twitter related events.
The first hint that the two may be together started after the two repeatedly shared pictures of their dogs enjoying “Doggie sleepovers,” at Longoria’s house.
Longoria later came to Edmondson’s defense shortly after CNBC’s Darren Rovell complained about the lack of talent at the $1,000 a ticket Playboy Super Bowl Party, at which Edmondson was attending (The Big Lead also has eyewitness testimony from those in Indy during Super Bowl week that the two are definitely together). Most recently, Longoria tweeted a picture of himself and Edmondson at Disney’s Animal Kingdom, including the following:
@jaimeedmondson Disney World! First stop Animal Kingdom. Feel like a kid again. Always good to stay young at heart!
The two have continued talking back and forth on Twitter, so while there’s no definitive word, there’s strong indications they are together. Who the hell are we kidding,… there’s never definitive word. These two are almost definitely maybe together.
Once there’s more, we’ll let you know. 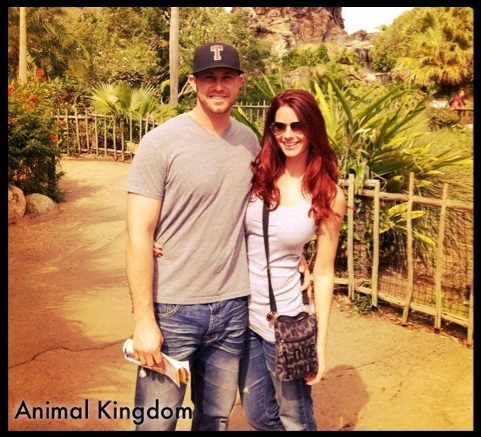