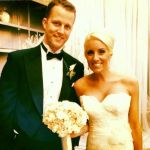 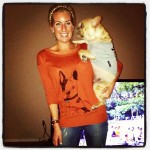 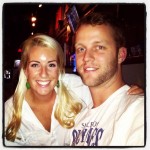 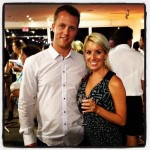 Brad Boxberger’s wife Anna Boxberger is a sweet southern lady and a mom. Sometime in early January the couple got married and traveled to Hawaii for their honeymoon. A year later and they’ve got a child named Ava. Of course, Anna treats her french bulldog Ralph like a human child as well– it’s one of the more common but harmless behaviors we see in the maternal types.

It seems Brad Boxberger’s wife Anna Boxberger was training for a real child for sometime, as she would dote over Ralph the dog. Unlike most wives, Anna seems to be a homebody who enjoys spending time with Brad and Ralph the dog and gets out for the occasional trip to see family in Mississippi. There’s only a few pictures of Anna hanging with people other than her two favorites (prior to having Ava) but she’s a nice lady who is very devoted to her husband. She would definitely make it into the top ten of dog devotees though. There’s the occasional religious inspired post, but nothing too in your face, and definitely not preachy. As we mentioned, Anna is a good woman, clearly trying to do right by her community. She frequently retweets things about Ellie, a young child with cancer who’s been undergoing chemo treatments. But like some, once the little one got here, Twitter takes a back seat. Anna has spent the better part of a year not engaging with social media since the birth of her daughter.

I suppose the big event of Anna’s life other than having a child was her wedding. It was a nicely photographed affair at the Hyatt in Phoenix. The photographer actually wrote up the experience on his website, and he said Anna made him feel like family even though he was just some dude taking a million pictures of her. This is back in the days before Anna had her child when she’d go and watch Brad’s games at Petco Park as often as she could. I suppose you can still do that when you’ve got a baby, but it’s probably a bit more of a pain. Anna looked stunning in her wedding dress, and her bridesmaids looks properly bridesmaidy. There was a nice picture of Brad kissing Anna while they had their first dance. You can tell Anna really adores the Rays All-Star closer. 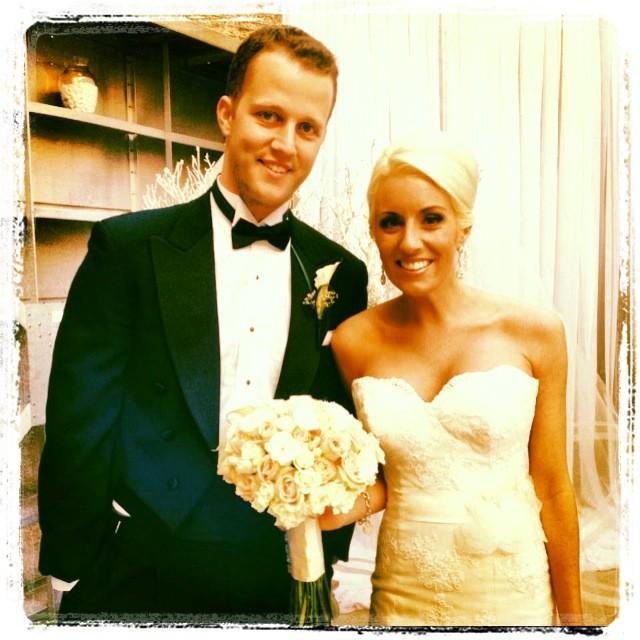