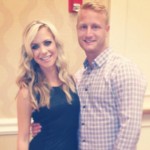 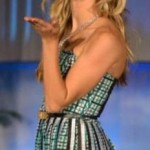 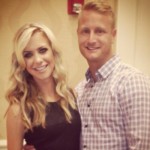 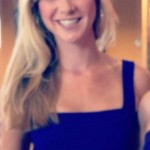 UPDATE 02/11/2014: Alex Cobb’s girlfriend Kelly Reynolds is going to have a cool engagement story for the rest of her life.

The Rays pitcher and his girlfriend went swimming in Sea World’s Discovery Cove, when a dolphin swam up to the couple with a buoy. On the buoy was a message reading “Kelly, will you marry Me?” After a quick yes, and some cool candid pictures, Alex Cobb’s girlfriend became Alex Cobb’s fiance Kelly Reynolds.

Considering everything Cobb went through in the past year, it’s a hell of a way to head into 2013. Congratulations to Alex and Kelly

Alex Cobb is lucky to be pitching these days. That’s because during the 5th inning of his start on June 15, 2013, Cobb was struck in the head by a line drive off the bat of Eric Hosmer. The ball was going an estimated 102 MPH. Thankfully he was only diagnosed with a concussion but most still wrote him off for the rest of the year. But Cobb fought to get back, making his return a mere two months later.

Alex Cobb’s girlfriend Kelly Reynolds on the other hand was uninjured during her scare, but probably came much closer to tragedy then Cobb. Reynolds was still attending school at Alabama in April 2011 when a tornado blew through campus right near her building. Cobb and Reynolds had been on the phone when service cut off. Reynolds was able to send word she was safe several hours later, which was the best news Cobb had heard in a while… until he was called up to the majors the next day.

Reynolds went on to get her Masters degree. She currently lives Tampa and recently participated in the annual Rays on the Runway charity fashion show. 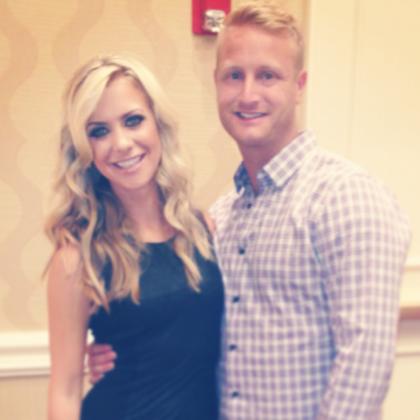