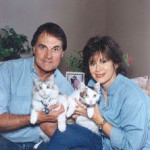 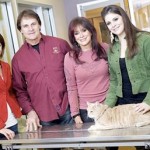 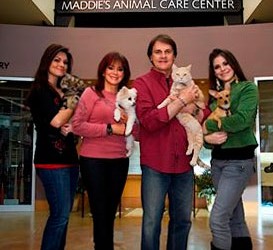 Manager of the St. Louis Cardinals Tony LaRussa and his wife Elaine LaRussa are huge animal nuts. No, you don’t get it. We mean HUGE animal nuts. To the point where they have a rabbit, five dogs, five mice, and fourteen cats at their home in Alamo, CA. Huge to the point where they actually started a 37,000 square foot no-kill shelter called Animal Rescue Foundation. Huge to the point where Tony, Elaine and their daughters (Bianca Tai, a cheerleader for the Raiders, and Devon Kai) appeared together on an Animal Planet show called… wait for it… Housecat Housecalls. Ya, it does sound like something akin to the Bunny Ranch, but I digress.

After his playing career, which was never very successful, was over, Tony became manager of the Chicago White Sox Doube-A affiliate, but not before actually passing the bar exam after attending law school at Florida State University’s School of Law. Elaine has actually said that she thought she was marrying a lawyer, not a manager. In 1979, when his wife Elaine (actually his second wife) was mere weeks away from having their first child, the White Sox offered Tony the big league job. Elaine, despite the pending child, encouraged Tony to take the job. He did take the job, becoming the became the youngest active manager in the bigs, at 34 – never to actually practice law.

Tony and Elaine (sounds like an aunt and uncle that everyone has) started the Animal Rescue Foundation in 1991 after a cat somehow managed to wander on to the field in the middle of a game that Tony was managing. LaRussa somehow was able to capture safely contain the animal in the dugout. After attempting to leave the animal with a local shelter, he was abhorred to discover that they would likely kill the animal. He and his wife kept the cat but used the experience as a jumping off point to start their own no-kill shelter. 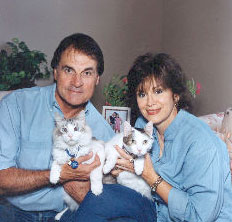