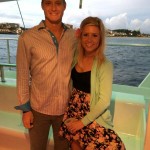 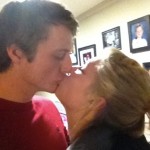 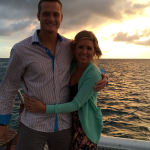 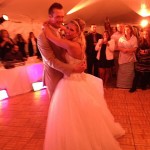 Shelby Miller’s wife Amy Miller is coming up on her 1-year wedding anniversary with her young gunslinger husband. Last year they were wed in November and for some reason received a full writeup in the New York Times (your guess is as good as mine, folks– they’re exactly like most baseball relationships).

According to the Times, Shelby’s wife Amy had a boyfriend of three years when she met Shelby, and he had just gone out of state for his new job. She was a member of the cheerleading squad for the Springfield Cardinals, a minor-league ball club attached to the Saint Louis Cardinals. Her assessment of minor-league Shelby was that he wasn’t cocky, didn’t wear chains around his neck, didn’t act like a player with the ladies, and was overall a down-to-earth dude. It’d be funny if she had all of those attributes as a cheerleader. What’s cooler than a cocky cheerleader with gold chains and a pimp persona?

Amy was also in school to become a hairdresser, which I’m going to assume went straight out the window the second she married the guy. Shelby and wife Amy also share similar religious backgrounds, praying to their very similarly manicured and well-kempt Christian God. It must have been rough for the dude that was with Amy for three years to learn that Shelby had stolen her heart. I bet you he did some praying of his own after that. Amy and Shelby are both still really young, and I’m hoping Shelby got the prenup. I’m not trying to be cynical, but marrying so young as a professional athlete definitely comes with caveats, as we all know from the mucho headlines we’ve all seen. Amy has admitted she had trouble adapting to the baseball lifestyle when he began to play professionally. Lots of travel and not much hairstyling.