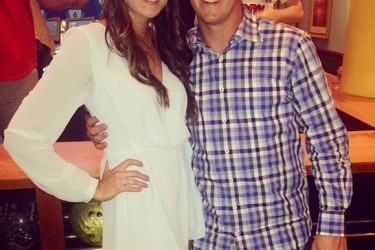 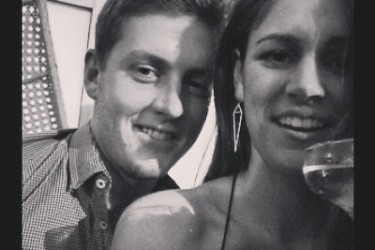 Seth Maness’ girlfriend Coleman Cox is your typical pretty girl-next-door. Add a cool sense of humor and a free-wheeling spirit, and you’ve got yourself quite a catch. Coleman certainly has her own opinions and will. We saw this clearly a year ago when she hijacked her boyfriend’s Twitter account and started agreeing with some tweets by a Mr. Andy Cohen of Bravo regarding how it was a bad decision to take Maness out of a game. It should be very obvious at this point in the 21st Century how Twitter can be bad news for anyone remotely concerned about their public image, and this is why. Coleman later deleted every trace of her retweets and favorites and everything else. She meant no harm by it, and I’ve said for awhile now that no one should take anything they read on Twitter seriously. It’s a simplistic attitude, but it would make everything so much easier. Things aren’t that easy, though, unfortunately. Rare is the person who can read a tweet about themselves and think, “Meh, it’s just internet babble. It doesn’t count,” and then dismiss it as such.

The couple have a handsome boxer named Rucker who, if lucky, is served rare steak at the table on a plate. We all know how bad that is and all that jazz for dog owners to do, but it does make for a good picture to share with your pals. The couple Seth Maness’ girlfriend Coleman Cox has been with Seth for years, so the dog is technically both of theirs. That qualifies as stage 1 baby training (it’s good to get these little facts stamped down so that you, the observant and informed reader, can follow along). In fact, no pictures of the couple together appear from over three and a half years ago, so it may still be a little early for them to consider marriage, but these things are always case-by-case basis.

Since Seth Maness’ girlfriend is from Chicago, many of their traveling activities revolve around that great city. Trips to visit family and friends are common, and many trips can involve bringing their dog Rucker up to visit Coleman’s family’s dog, a German Shepherd. A drive from St. Louis to Chicago is not that bad at all– about the equivalent of a drive from New York to Boston (when New York and Boston east coast traffic is factored in). It appears that Coleman’s family is quite large, and she has many siblings and cousins. One of the more wholesome trips Seth and Coleman took in the past two years was to Disneyland, which Seth had never been to before. They went a little overboard and decked Seth out in official Disney pirate gear. 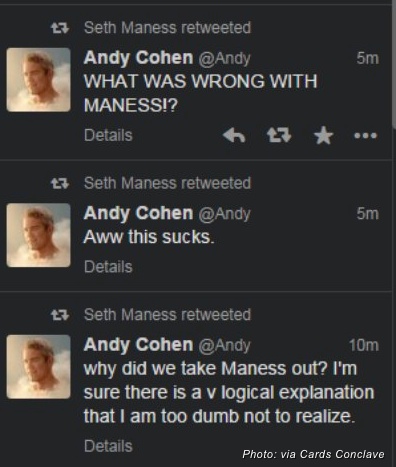