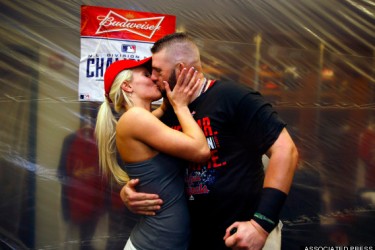 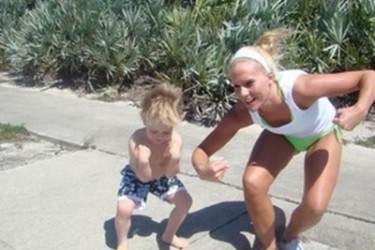 Matt Adams’ wife Carina Adams graduated from a law school called Widener University back in 2014, and she was married in January of 2015. Their wedding registry is one of the most basic and shortest ones that I’ve seen. There are twenty-four items on it, and only fifteen were fulfilled. This leads me to believe their wedding was not a very big event and did not have a lot of fanfare. Their marriage license was obtained on December 16, 2014, and their full named (Matthew James Adams and Carina Josephine Struble) appear on it. There are no pictures of the wedding on the internet, and there are basically no pictures of Carina on the internet either, though we do know a few things about the lady.

Matt Adams’ wife Carina Adams grew up in Julian, Pennsylvania, and upon graduating from Widener University as a paralegal, she took a job at Torftrees Golf Resort and Conference Center working as a human resources assistant. I guess you gotta’ start somewhere, right? Recently, Matt and Carina attended a ceremony at Matt’s college of Slippery Rock University to retire his jersey. Carina is a big fan of dolling her hair up and using a lot of product in it, based on the photo of her at the ceremony. She looks like she had a nice time celebrating Matt’s past successes at Slippery Rock.

The only other thing of interest that can be gathered about Carina is a car crash incident report from way back in December of 2007 one day after Christmas. This is back when Carina was only 19, and she was traveling with her older sister, Laurel Mae Struble. According to the report, they simply were driving too fast as they came upon a curve in the roadway. They lost control and slammed into an embankment, totalling the 2008 Nissan Altima they’d been driving. 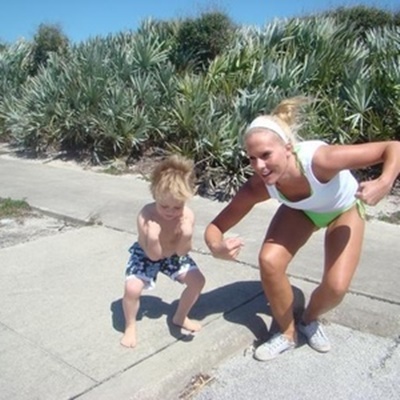