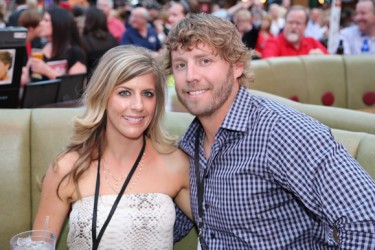 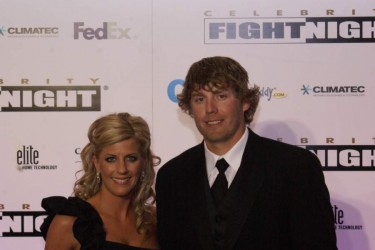 Mark Reynolds’ wife Kathleen Reynolds​ was in attendance recently at the Cardinal Glennon Children’s Foundation event “Homers for Health,” which is pretty much a game show night held at Ballpark Village at the Cardinals stadium. The whole thing is to raise money for sick kids. I swear, every time someone decides to put one of these charity events on, they think of the longest possible name. I’ve never seen an event that didn’t have a three or four-word sponsor followed by at least three more words, but the rule is that the longer the title, the more money it’ll raise. This particular one raised over a million bucks.

The couple have a few children, and their last kid was named Reid and was born in 2011 when Mark was 28. Hey, if you keep swinging for a kid, you’re going to connect one of these times. The same could be said for Mark’s 2008 season when he set the MLB record for most strikeouts with 204. The family also have a huge 150-pound bull mastiff named Brodie who apparently is only large in stature. I’m not sure I entirely believe it weighs 150 pounds since their maximum weight generally tops out around 130. Mark told ESPN the dog is “awesome. If he hears a noise, he’ll bark, then he’ll run and hide. He’s a big baby, and we treat him like one. I miss him when I’m on the road.” These kinds of dogs are the best. They’re like big gentle giants with slobbery faces. They drool like crazy.

Kathleen herself is just your average mom with two growing boys. She attends Mark’s games fairly regularly, and her kids are now growing to the age where they can actually take part in the events and get enthusiastic about their slugger dad. Five years ago, when the couple had only one kid, they attended this event called Muhammad Ali’s Celebrity Fight Night XVI. The event did indeed feature Ali on the stage, and Mark and Kathleen were seen as well. The point of the event is to acknowledge leaders in sports and entertainment. I guess Mark and Kathleen decided it’d be a fun time 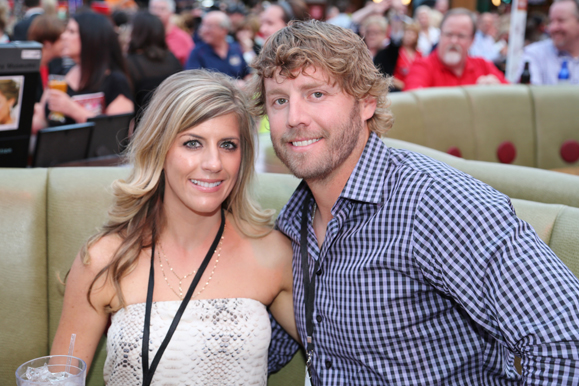