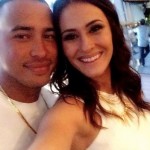 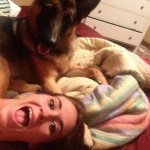 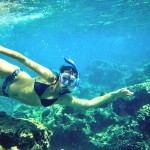 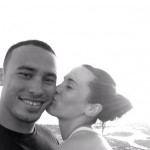 You’ve gotta’ love a chick who describes herself simply as a thrill seeker. That’s what Kolten Wong’s girlfriend Alissa Noll purports to be. I felt a twinge of envy when I saw that she lives in Hawaii and frequently goes scuba-diving and snorkeling in tropical reef-land. Pretty snazzy lifestyle. I suppose scuba and snorkel provide a modicum of thrillage.

Kolten’s girlfriend Alissa is also his fiance. The two are engaged, and I’ve seen Alissa’s ring because it’s hard to miss. How can Kolten afford to buy a rock that big? He’s only played 126 games and gets paid 500 grand. Actually, $500,000 is plenty of money to be able to afford a sizable diamond. Alissa is young like him, and she only recently graduated from the University of Hawaii, where she was a track & field star. She was a pretty serious athlete throughout high school and college– becoming the conference champion in the 800 meter run as a senior and lettering all four years. When she got to HU, she was named a scholar-athlete, which I guess means she excelled in both academics and athletics. Weirdly, she came from Ohio to go to HU, but she was born in Honolulu.

Considering all this, I’m starting to think this chick is pretty darn cool. I’m looking at pictures of her skydiving, jumping off of cliffs into tropical water, taking videos of weird old men dancing while sun-tanning. She’s seeking adventure, and she’s finding it too. It’s only fitting that she’s Kolten Wong’s girlfriend, because Kolten has worked his ass off to become a legitimate fielder for the Saint Louis Cardinals. While in Hawaii, he would get up at dawn to go to the field and practice scooping up grounders from his Dad. Then he’d practice hitting, grab a quick lunch, and train to become a fast baserunner in the afternoon. And guess who would train him? Alissa Noll, thrillseeker, would train him. 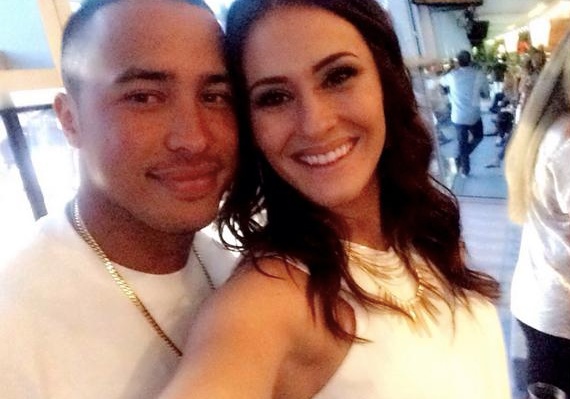