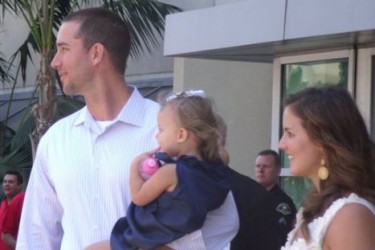 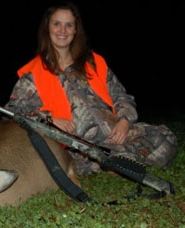 Adam Wainwright’s wife Jenny Wainwright has helped Adam find his faith and his relationship with religion. Adam and Jenny were married in 2004, shortly after he was dealt from Atlanta to St. Louis, and about a year after Jenny graduated from college. While both grew up attending church, it wasn’t until Adam married Jenny that both focused on their religion. On the Christian blog Athletes in Action, Jenny explains:

It was during the first year I was married that I really understood the true meaning of being a Christian. It was not just believing but more of a relationship. It was about the same time Adam committed his life to Christ; and it was a time we grew together in our faith which was awesome. It has been cool how Adam has grown into the spiritual leader of our family, especially for our two little girls, Baylie Grace and Morgan.

Adam Wainwright’s wife Jenny Wainwright also knows how to have some fun. Prior to the 2011 season, which Wainwright would spend cheering on his team from the bench while recovering from Tommy John surgery, Jenny came up with the idea for Adam to dress up in full cheerleader attire on Opening Day. The couple went so far as to have a cheerleaders skirt custom made for the lanky Adam, and outfitted him with a headband, ribbons, knee socks, pom poms and a cut off Yadier Molina jersey. Teammate Matt Holliday sums up the visual for all of us, saying Wainwright looked like “a 6-7 cheerleader with a big old butt.”

Adam Wainwright is no stranger to postseason success. Being a member of the St. Louis Cardinals since 2006, he’s found himself in many clutch playoff scenarios both in the rotation and in the bullpen. Wainwright was unfortunate to lose the 2011 season to Tommy John surgery, and also missed out playing in the Cardinals World Series victory.

For most that would have been a crushing defeat; a player missing may be the team apex of his professional career due to injury. However, Adam Wainwright’s relentless positivity and team first attitude has helped buoy his spirits and keep him focused on his return. Wainwright attributes part of his positivity to his faith, and his wife; two items directly connected. 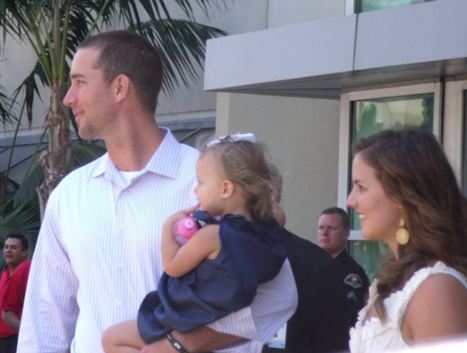