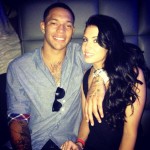 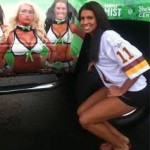 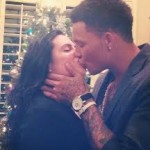 Taijuan Walker’s girlfriend Angela Rypien is a Lingerie Football superstar, who just so happens to be the daughter of 2x Pro Bowler and Redskins Super Bowl XXVI MVP Mark Rypien. If this couple ends having children together, they’re going to have some incredibly athletic babies.

Angela Rypien and boyfriend Taijuan Walker have been together since at least October 2013, based on what their social media accounts report. They spent the holidays together and have been seen going to the Seahawks-Saints playoff game, hiking, and much more. Taijuan Walker made his first appearance on Angela Rypien’s Instagram page. It seems she loves to post pics of herself and her sweetie smooching. They are a cute couple after all, and you can tell from the PDA that they seem very happy together.

But when left to her own devices, Angela Sue Rypien can hold her own all by herself. The 6-foot and 149lb beauty plays quarterback for the Baltimore Charm of the “Legends Football League.” Her stats for the most recent season were 16-for-36 for 152 yards, one touchdown and four interceptions. She also rushed for a touchdown. In fact, Angela Rypien can hold more than her own. For example, during the Mist’s opening win in November 2011, Angela got tackled in the first quarter and punched the woman who did it to her, drawing a 15-yard unsportswomanlike penalty. Of course, being the daughter of a former Washington Redskins quarterback and a former Redskinette Cheerleader probably got Angela Rypien off to a good start in her career.

But the single mother of a 4-year-old isn’t totally jazzed that for women’s football to take off, the players are wearing scantily clad uniforms. And, although they are fans of the league, apparently neither are her parents. But, she’s a tough cookie. “I’ve heard all kinds of things,” Angela Rypien told ESPN.com. “How I’m belittling myself. How I’m taking away from the name my dad built up. How I’m disrespecting my family. But my dad taught me at a young age not to worry about what other people say.”

More recently, the 23 year old from Reston Virginia has been seen doing some media work, while Taijuan Walker is busy with spring training. In January, she appeared as a guest on Jim Rome’s show on Showtime. She received support from Taijuan Walker who tweeted, “Make sure you guys check my gorgeous lady @Angela_Rypien on @jimrome @SHOsports tonight at 10pm ET #gobabe hahaha.” It looks like the couple has found true love in each other. Let’s hope it only improves their already stellar games. 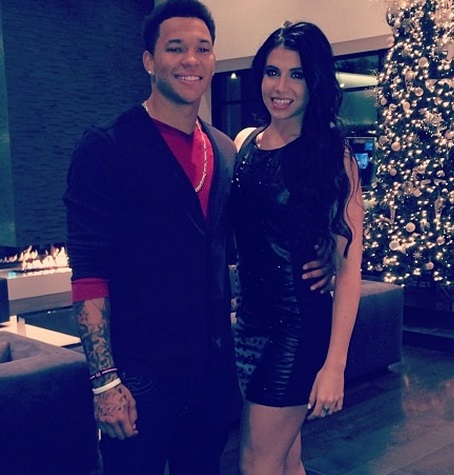