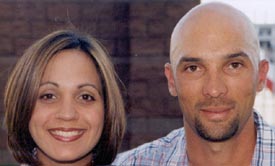 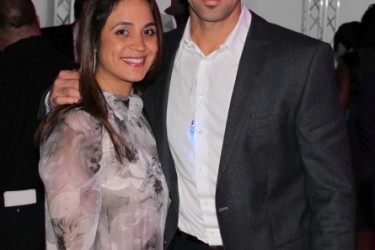 To say the last week of Raul’s life has been a little hectic might be a slight understatement. In the second to last game of the season Raul hit a pinch hit homerun against the Red Sox to help the Yankees stay on top of the division, which the Yankees would clinch the next night.

As Raul was celebrating he got a call from his very pregnant wife Tery (short for Teryvette). Despite her efforts to have the baby on an off day she was on her way to the hospital to deliver the couples 2nd boy and 5th child overall, Luca Gabriel. In game 3 of the 2012 ALDS, Raul stepped to the plate and hit another game tying home run. On this night however Raul wasn’t done. Later in the game he would hit the game winning home run to give the Yankees a 2 games to 1 lead in the series.

Like we said,… busy week for Raul and Teryvette, huh?

The couple, who met in high school in Miami, have run the gauntlet of emotions when it comes to being a professional baseball family. It’s fair to say that Raul has been a late bloomer. His career didn’t take off until his late 20’s. Due to that Raul and his family have had to switch teams consistently. His current team the Yankees are his 4th different team including two stops in Seattle. With the family never truly settled in one spot Tery, being a former school teacher, has home schooled the children. Even with Raul changing teams constantly one thing that has always stood out about Raul is how nice of a guy he is. In 2008 he was Seattle’s nominee for the Roberto Clemente Award. In 2009 Raul was voted the second nicest player in all of baseball by players across the league. That coupled with the charity work that Raul and Tery have done in each city always has left a positive impression on the fans.