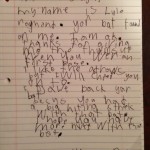 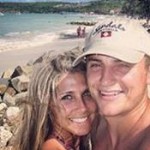 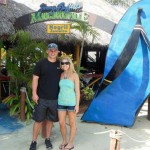 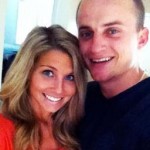 Biogenesis has made it tough for MLB to squeak out positive headlines. Despite exciting playoff battles, and incredible individual performances, the world is (rightly) focused on the Biogenesis PED scandal. Fortunately Kyle Seager’s wife Julie Seager has helped provide at least one story to make baseball fans smile this week.

Julie Seager took to Twitter to post a letter written to Kyle from a young Astros fan. During the Mariners recent road trip to Houston, Seager lost his bat which flew into the stands, landing on the lap of young fan Lyle Raymond. Unlike most fans in that position, Raymond gave the bat back to Seager as to not disturb his current 15 game hitting streak. The letter (which has been taken down from the Twitter account because people for some unknown and illogical reason began attacking Julie over this), reads:

My name is Lyle Raymond. Your bat landed on me. I am OK. Thanks for giving me the thumbs up when you were on first base. I like the Astros but will cheer you on too. I gave back your bat because you had a big hitting streak with that bat. I hope you have more hits with that bat. Your fan, Lyle.

Kyle and Julie Seager are both from North Carolina, but are obviously setting up shop in Washington with Kyle serving as one of the M’s key cogs to their rebuilding process. Julie is a regular participant in Mariners wives charity events, and embraces her ties to Seattle, denouncing her Cowboys allegiance in favor of the Seahawks. Kyle and Julie are expecting their first child in November, and were married on December 10, 2011. 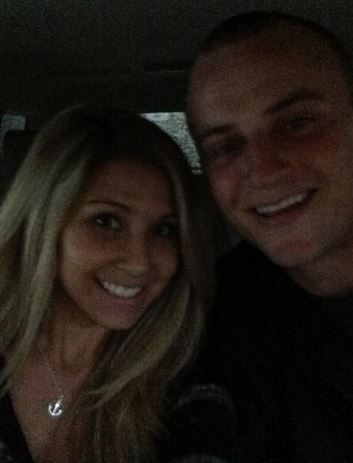