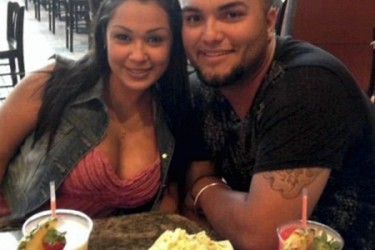 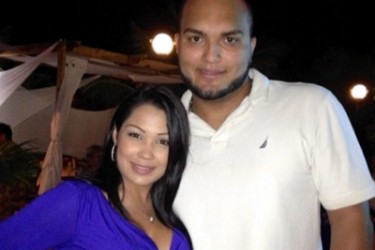 Yusmeiro Petit’s wife Veronica Salas is not superstitious. Clearly, she would not have done what she did if she was, and I don’t blame her for what she did either. I’m talking, of course, about the near-perfect game her husband missed last year back in September.

Yusmeiro and his wife were both at the game, and Petit was pitching. He’d pitched a perfect game all the way up to the 9th inning with two outs and a 3-2 count, and then police escorted Veronica down to the field so she could celebrate her husband’s feat, and some guy got a hit. Damn– that is rough! It would have been the 24th perfect game in the history of Major League Baseball. He would have had a place in history. Anyway, Yusmeiro’s wife Veronica had nothing to do with it, in my opinion. I don’t buy into that superstitious mumbo jumbo. It was simply a coincidence that right when she was escorted down to the field, the fella’ managed to scrounge a base. I wonder if Veronica told Yusmeiro that she was being escorted down to the field before the game was over? He probably had a good laugh at it.

The couple does not have kids, and they’re enjoying it. Coincidentally, Yusmeiro’s blown perfect game was not the only shot he had at the record books. He did, in fact, break the National League record for retiring the most consecutive batters. The previous record was 41 by a dude named Jim Barr, and Yusmeiro beat that this August. To add evidence to the theory that superstition is nonsense, take a guess if Yusmeiro Petit’s wife Veronica Salas was in the stands the night when Petit broke Barr’s record. After it happened, Barr commented, “I guess my life’s over now. I can’t rest on my laurels anymore.” 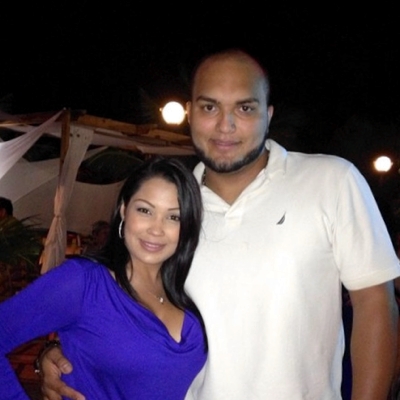