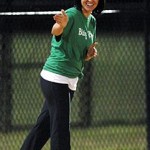 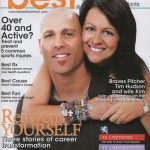 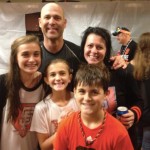 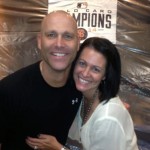 Tim Hudson’s wife Kim Hudson may not be a professional, but the woman has some diamond skills of her own. Kim Hudson stars on Blitz Krieg, her team in a local softball league, where she flashes the leather at second base. And while baseball helps pay a heckuva lot of bills in the Hudson household, I suppose Kim being a lawyer by day doesn’t hurt the checking account.

Tim Hudson met future wife Kim Bruner while they attended Auburn together. Kim tutored Tim and says they were friends about a year before dating. Tim and Kim Hudson were married in 1999 and have three children (Kennedie, Tess and Kade).

The Hudson’s are actively involved in the charity with multiple ways to get involved and help raise money. The Club One Seven program lets people pledge money based on what Tim does on the diamond (pledging $X per strikeout, start, win, etc). Those who raise more than $500 get a personalized autograph and picture of Tim. Kim Hudson founded The Hudson Family Foundation in 2009 as a way to helps out children in need.

The Hudson Family Foundation is committed to making a positive and long lasting impact in the lives of children who have a genuine need for assistance with regard to a specific physical, emotional or financial circumstance. 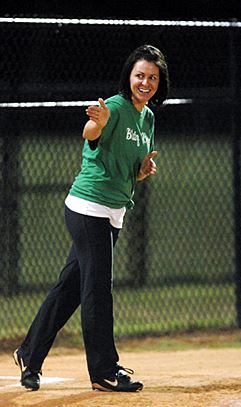