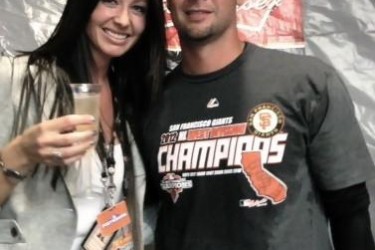 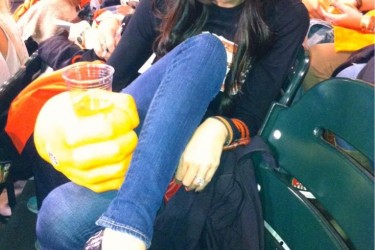 Ryan Vogelson’s wife Nicole Vogelsong has to be a cool chick.

Wait, why do we assume this? Because Ryan Vogelsong’s wife Nicole has seen it all, and stayed loyal by his side through it al. After bouncing around the majors for a couple years in the early 2000’s with poor results, Vogelsong was almost out of professional baseball. After a brief stint in Japan, he returned to America in 2010 for a couple minor league stints. Prior to the 2011 season, he latched on with the San Francisco Giants where he slipped into their 5th starter slot when Barry Zito went down with an injury. After an incredible run through the 2011 season saw Vogelsong become an All Star and a consistent force every fifth day. That run of success has continued into 2012 where Vogelsong won 14 games with an ERA of 3.37.

Vogelsong’s career focus has been helped by stability at home. Nicole Vogelsong (formerly Nicole Holloway) was tending bar in Nashville where Ryan was pitching in the minors in 2001 when they met. After dating for a couple years, the two were engaged on a beach in The Bahamas. The two were married on November 12, 2005 in a ceremony near Pittsburgh, where Ryan was currently pitching for the Pirates. The couple has one child, Ryder, who Nicole refers to as “the Vogelchild,” via Twitter, and a 12 year old dog named Yoda.