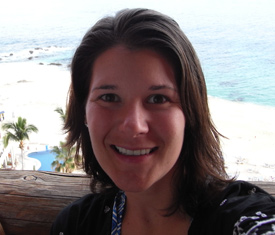 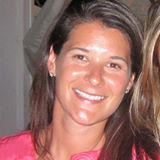 Javier Lopez’s wife Renee Richards Lopez waited until Javier got his degree to marry him. This was at the insistence of Renee’s father, whom asked young Javier to wait to get it before getting hitched. My guess is he saw it as incentive? Either way, I like how Renee’s father was thinking. Plan for the future and insure yourself with a degree. Mind you, he only finished his degree (in psychology) three years after he was drafted into the Majors. Seems weird to me because– did Renee’s dad make that deal before Javier was drafted or after? It would have been a seriously raw deal to make if he’d already been drafted and his fate was known. Not many pro baseball players go on to become psychologists (or none that I’ve ever heard of).

Javier and Renee had known each other for quite some time before they started dating at the University of Virginia. They were actually students and friends in high school before they moved on to the mega-university. They’ve known each other for quite a while, and now they’re both hardened parents. They’ve got two kids, Kylan and Christian, and judging by the thoughtful note that Javier wrote to Renee on Mother’s Day, Renee is doing a fantastic job as a mom: “I would like to be the first to wish you a Happy Mother’s Day. It has been a great 10 months in the making and our baby girl is lucky to have you as her mother. You are caring, compassionate, and most of all a loving person which are the qualities I fell in love with and our girl will appreciate as she gets older.” Now that is very sweet indeed.

Let’s see if Javier and wife Renee are up to the task of being World Series parents for a third time. Javier has won two championships before– one with the Red Sox and one with the Giants in 2010.