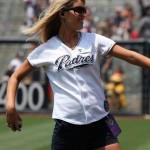 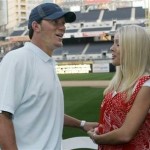 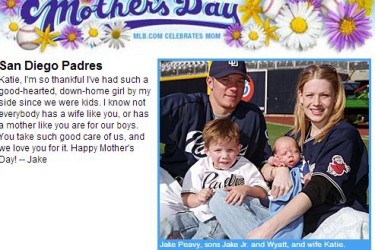 Jake Peavy’s wife Katie Peavy has been the head of the household moving from Chicago to Boston in 2013, and then Boston to San Francisco in 2014 right before the July trade deadlines. Prior to his last home game in Chicago before the deadline, Jake Peavy headed into the White Sox clubhouse with five suitcases in tow, to prepare for new digs in a new city with a new team. By now, Jake, Katie and their two sons are likely able to adapt to new environments.

Jake and Katie are both Alabama natives, and were married at 19 years old after dating throughout high school. The couple had their first son in 2001, with two more boys following in 2004 and 2008. Considering that the family has spent the last four seasons in Chicago, they’ve seen a wide spectrum of what America can offer from Alabama to San Diego and Chicago. Outside of a Boston or New York trade, they’re likely to seamlessly adapt (and we only exclude Boston and New York because no one seamlessly adapts).

Both Jake and Katie are proudly country through and through with an affinity for hunting and fishing. The family spends the school year living in a cabin on 200 acres of land in Semmes, AL to provide stability for the children in terms of their education. During the offseason they do travel to be with Jake, but head back home for the start of the school year. Jake is open when it comes to the stability that Katie provides him, quoted as saying “Being married helps you be focused on what you’re here to do, and that’s play good baseball. I don’t want to be average,”

While injuries have derailed him somewhat, when he’s on the mound, he’s definitely not average and a playoff team is about to learn that for themselves. 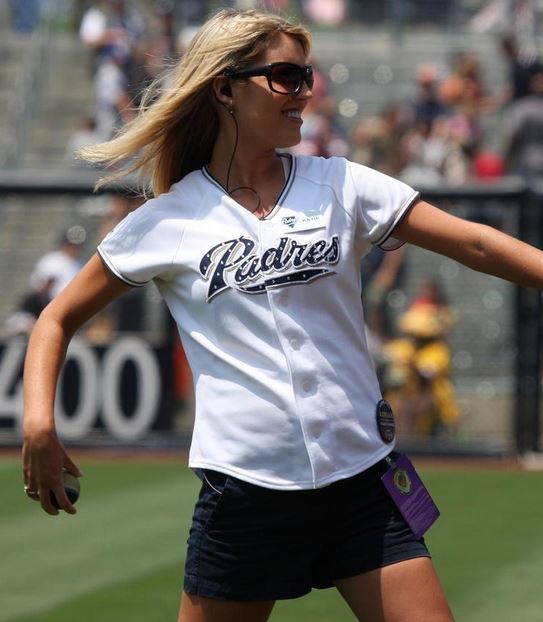