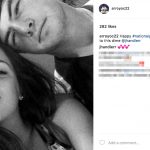 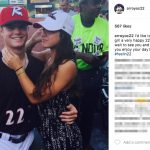 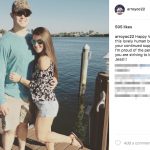 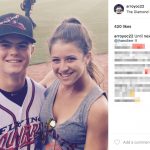 Christian Arroyo’s girlfriend Jessica Handler is a former cheerleader at USF. She graduated and now apparently works at a restaurant in Tampa. However, I have serious doubts she will continue to live in Florida since Christian is formally a San Francisco Giant.  It’s possible that she already moved but didn’t update her living status yet. But unless she was following the bus in AAA, it’s all very new for the newest major league couple. It’s difficult to get a sense of her personality from her social media because she almost always only retweets other people. However, she always chooses entertaining and funny things to retweet. So she’s got that going for her. Jessica is also a big sports fan. She followed the USF Bulls football season religiously in 2016.

Jessica visited Christian regularly when he played on the Flying Squirrels in Richmond Virginia. I have no idea what the future holds for Christian and Christian Arroyo’s girfriend. If Christian continues to succeed in the Majors, they will likely move to San Francisco. What a place to live! It’s a very exciting day when a young sports couple decide to give it a shot in a new city for the first time. It changes the course of a woman’s life when she moves to a new city to start anew. It’s too soon to know what the move will be for them right now, though. Christian only signed on April 24, and I write this article on April 30. I can guarantee the couple talked about a potential move, though.

It’s very difficult to compete your way through the baseball college and minor league system and achieve a Major League spot. In the meantime, Christian Arroyo’s girlfriend keeps busy with work. Jessica earned herself a degree in exercise science but remains in the good old service industry. Serving up burgers is a good way to earn a living in Florida. Everyone needs a burger sometimes! 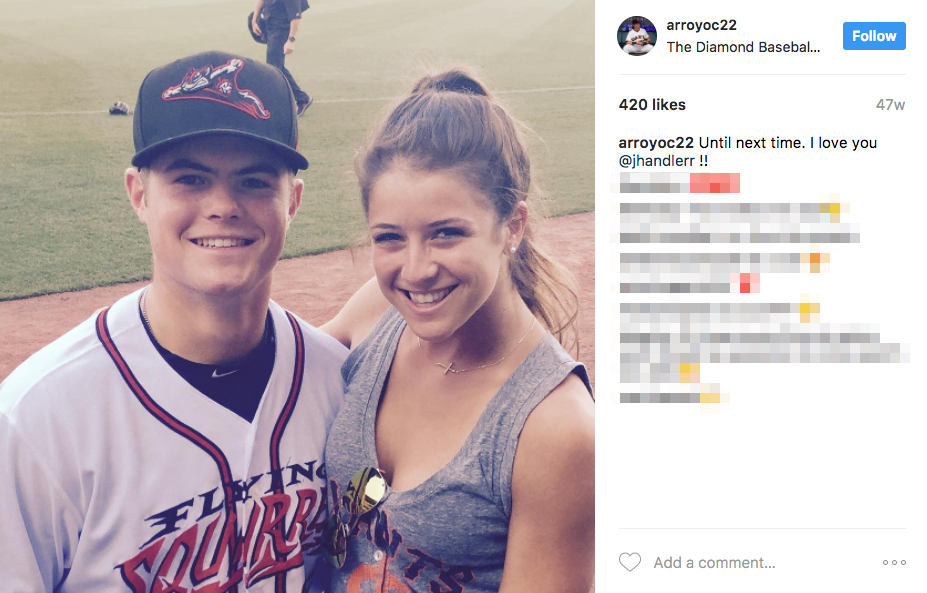