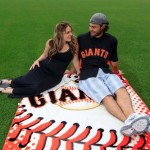 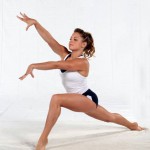 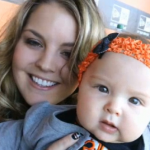 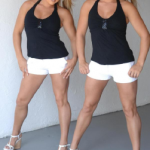 Brandon Crawford’s wife Jalynne Crawford was at one time a top performing gymnast. She was one of those gymnasts that started at age zero and was insanely talented by the time she was 12. If you do a bit of digging on the net, you can find forums from around 2006 or ’07 where people talk about what a tragedy it was that her and her twin sister suffered so many injuries and had to retire from competitive gymnastics.

Yes, this lovely lady has a twin sister, and she was also a nasty gymnast. In fact, there’s a lot of pretty impressive stuff about Jalynne’s family. For one thing, she’s one of seven brothers and sisters, and her sister Jamie was a member of the 2000 Olympic team. I actually remember watching her during those Olympics (Bela Karolyi was the coach). Here’s a video of Jalynne’s sister Jamie crushing the uneven bars at the Olympics. As Brandon Crawford’s wife, Jalynne definitely understands what it means to sacrifice and compete, because she was aiming to be just like her older sister, and so was her twin. I mean, how many people have a legitimate shot at one point in their lives of becoming an Olympic athlete? Gotta’ respect that.

Now, Brandon and wife Jalynne have two baby girls. Jalynne says in an interview that having kids didn’t really change Brandon, and that he’s always been really calm, laid back, and relaxed. “Stability at home has always been there,” she says about their home life. “I think he wrote in a blog that she puts life in perspective. There’s always more greater than baseball,” Jalynne goes on to say. Seems like she’s got thing at home well settled with Brandon and her daughters. Her interview where she talks about life at home is less interesting than Olympic-level competition would have been, but priorities change. 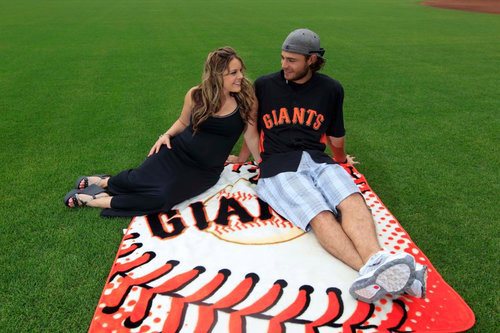