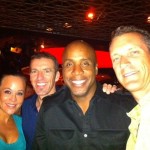 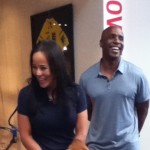 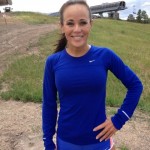 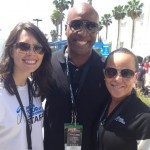 Barry Bond’s girlfriend Mari Holden is a force on a bicycle. She’s an Olympic cycling medalist, a former world time trial champion and a fixture at the major US tours.

The couple connected because the former MLB player took up a new sport, cycling. When the couple met, Mari Holden could crush Barry Bonds on an incline, and apparently he loved that. “He’s very animated about it, and very funny,” Specialized Bicycle Components founder and CEO Mike Sinyard, Bonds’ friend, told sportsonearth.com. “He couldn’t believe it: ‘How is this little, beautiful woman passing me going up this hill?’”

But Barry Bonds isn’t cycling to win; he’s doing it to stay in shape without pounding on his body. He turned to cycling after a string of knee, back and hip surgeries. Mari Holden, on the other hand, is cycling to win, and she’s done a good job of it. In 2000, the Ventura California native won the world time trial championship as well as a silver medal in the Olympic Games time trial in Sydney, Australia. She’s also won six US championships. Not to mention the fact that she became the first American woman to win three consecutive U.S. time trial championships (1998–2000) and scored a double by winning the US time trial and road championships in 1999.

The 42-year-old Mari Holden began cycling with her high school fitness club. It wasn’t until 1992, when she moved to Colorado Springs, that she began training with the US cycling team. These days, Mari Holden is being called one of the “greatest ambassadors in the sport of cycling” by Ride Magazine (March, 2008). She coaches and holds cycling clinics and camps as well as serves as a consultant on women’s cycling issues and products. She also served on the board of directors of USA Cycling. And most interestingly, Mari Holden also formerly served on the athletic advisory committee to the U.S. Olympic Committee and was athlete ambassador to the U.S. Anti-Doping Agency. It’s too bad the couple wasn’t dating in 2011, when Barry Bonds was convicted of obstruction of justice. Perhaps she could’ve given him some pointers. 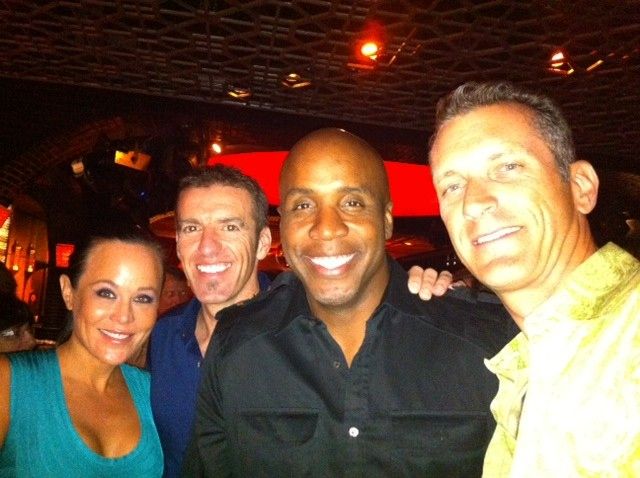