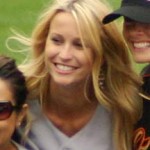 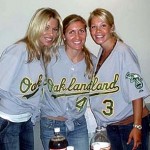 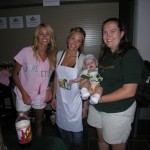 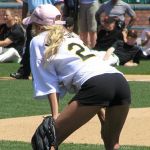 Despite almost Internet-wide searching by this site and many others, almost nothing is known about Mark Kotsay’s wife Jamie Kotsay. We know that Mark and Jamie were married in 2000, and that they have three children – but seriously that’s about it. Oh, and the fact that Mark became catholic due in part to his wife. Mark began going to Mass with her in early 2000 and they were married later that year. Jamie has had a significant impact on how Mark approaches life, which he explains below.

Being patient is also easier with the help of a loving wife like mine. She helps me to be patient not only while playing baseball, but, more importantly, while raising our kids.

Other than that, enjoy the photos. There’s a reason everyone wants to know more about Jamie, and it should be pretty obvious. 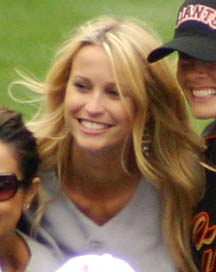