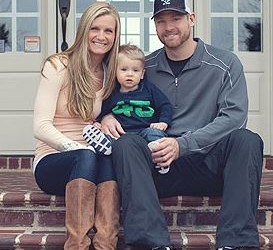 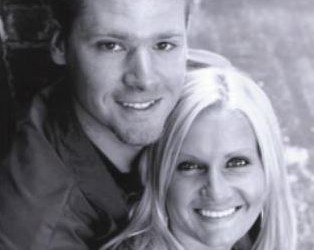 Chase Headley took the long road to the top of Major League Baseball. After being called up and sent down between the majors and AAA early to start his career, he’s not going back down after the 2012 season he put together which finally saw Headley achieve the levels of success that his talent always seemed to point to being a possibility.

One can only imagine how challenging the routine has to be for a player who never knows what jersey he’ll be putting on the next day. Fortunately for Chase, he was lucky to have his girlfriend along for the ride. Chase Headley’s wife Casey Headley was along during the tough years working through the minors. The couple married November 15, 2008 after having met at the University of Tennesseee. Casey currently works as a personal trainer and nutrition counselor.

Chase and Casey liked the theme of names beginning with the letter ‘C’ and named their only child to date Colt. The family resides in Franklin, Tennessee during the offseason. 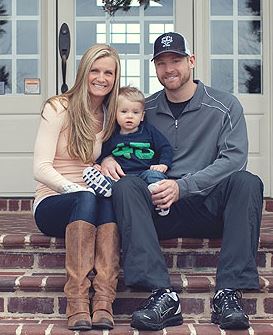