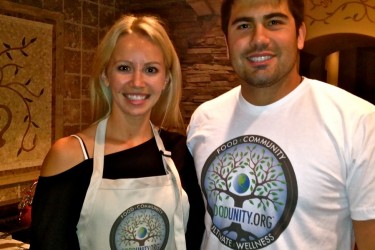 I started writing this post making every hacky joke and recount of the Carols Quentin vs Zack Greinke brawl.

I took the indignant angle, trying to be mad with a guy for doing probably what I would have done.  I mean, have you ever been hit with a baseball?  It hurts.

I tried to blame him for leaning out over the plate, until pictures started getting tweeted across the web showing him way off the plate on the pitch in question (and ironically of hallway enemy Matt Kemp hanging way out over the same plate the same night).

I even took the ghastly unfunny route of making the bad “he must be “frustrated” at home” jokes, or “sure hope Carlos Quentin’s wife Jeane Goff Quentin doesn’t hit him with a pitch.”  Blech.  Embarrassing.

Instead, we’re taking the route we should have taken 40 minutes ago when we false started this damned post three times, so here we go:

San Diego Padres outfielder Carlos Quentin has had an up and down injury filled career.  He’s led the majors in HBP every year he’s been in the league, and although durability isn’t his greatest skill, dude is tough.  While he’s yet to see the same power numbers from his best year in Chicago in 2008, he always seems like a nice source of HR, RBI and runs for fantasy owners every year.

Carlos Quentin’s wife Jeane Goff Quentin has been around since that great season in Chicago.  The couple was married on November 29, 2008 in Palo Alto, CA.  The couple met while attending Stanford together, where Jeane was an All American in Track & Field.