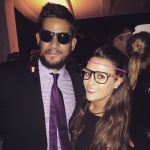 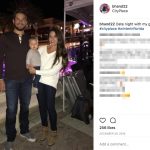 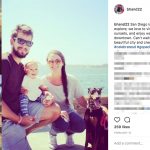 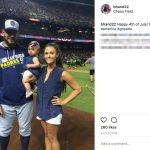 Brad Hand’s wife Morgan Hand gave birth to their daughter Lila on December 8, 2015. The couple round out their family unit with a five year-old Doberman named Nahla. The dog always appears quite stately in all the pictures they take of them. Brad always wishes Morgan a happy birthday on May 31 of every year and also includes a nice picture for social media. Since the couple live in basically the nicest city in America, they take advantage of the beautiful beaches. They also enjoy boating excursions on the coast. In January, they venture out to Arizona for spring training. This two city setup is quite typical for baseball couples.

One of the funniest pictures Brad shared of their daughter was her with the Easter Bunny. Their daughter was apparently terrified of the costumed bunny. Brad Hand’s wife swept her up and saved her from the terrifying creature. A seemingly great photo opportunity turned into a rescue operation! The couple love San Diego and also like to visit the zoo there. The zoo itself is world-class and well-known for it’s size and quality. The couple often visit downtown for eating out. Since it’s convenient when you have a child, they take advantage of the great selection.

The couple also shared a charming Christmas photo. They all dressed up in festive pajamas and hung out by the tree. This is classic wholesome family social media. For Halloween, Brad dressed up as the devil and Brad Hand’s wife dressed up as a rich socialite. Naturally, their daughter was also terrified of Brad’s devil face. They also took a trip to the pumpkin patch around the same time to keep things well-themed. In April, the couple traveled to Disney Land. It’s a trip Lila will have no chance of remembering, but I suspect they went for themselves! 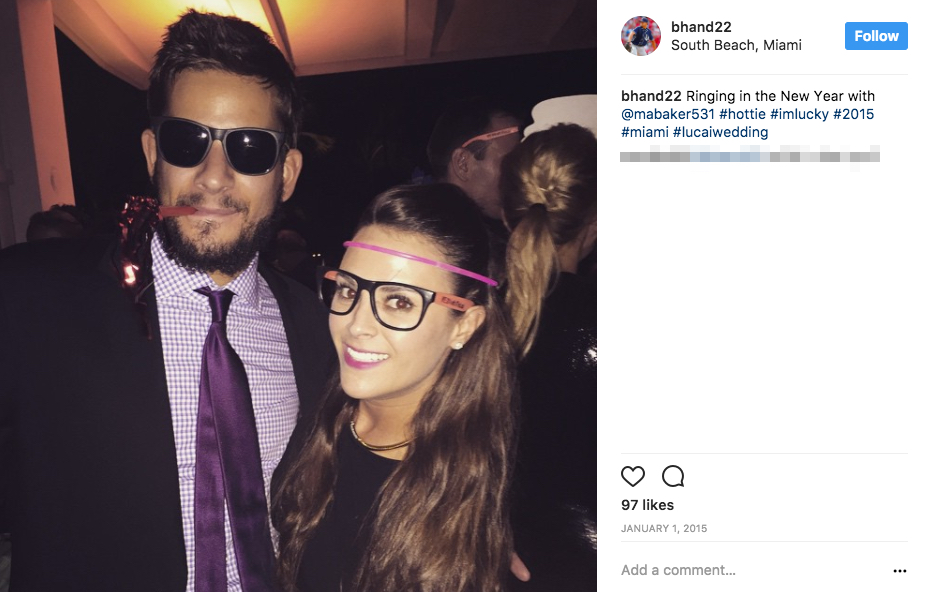