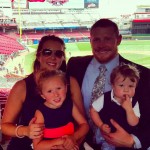 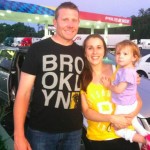 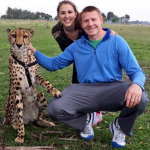 Mark Melancon’s wife Mary Melancon gave Mark a scare years back when he was first traded from Houston to Boston. According to MLB.com, Mark wsa hanging out on a Cancun beach with his uncle when his wife Mary came up to him with a freaky look on her face like something bad had happened. Mark said, “I hadn’t seen a face like that from her since Brooklyn’s been around. I just figured something was wrong and she needed help.” Well, something wasn’t wrong per se, but if you don’t like moving and selling your house, then something’s definitely a pain in the ass. At least their daughter was alright. Mary told Mark he’d been traded, and I imagine he felt relieved. Who even likes living in Houston?

Mark and Mary have since had another child, this time a son. He’s still wheeling around in a stroller, and Brooklyn now looks like she’s about 5 years old. They were all hanging together at the All-Star Game. Mary’s days are spent, as you might have guessed, taking care of her kids, and she’s most certainly Mark’s biggest fan and a huge Pirates fan. What you might also like to know as it pertains to her and sports is that she’s a big Notre Dame fan as well. She attended the school back in the day. A few years ago, when Mark was headed to the All-Star game as a replacement, he and Mary had to take a rented mini-van to the game along with his mom and dad. The league basically said fend for yourself if you want to play, but they didn’t really care. Who wants to take a plane from Pittsburgh to New York anyway? Well, I guess I would have but I’ve driven between those two cities before, and it’s a very scenic and lovely trip– much nicer than Boston to New York.

One other cool thing Mary and Mark did together was travel to South Africa as a representative of Major League Baseball there for two weeks. At one point they visited a kind of preserve place where Mark Melancon’s wife got to hang out with a cheetah. They took a pretty awesome picture with her putting her paw on Mark’s knee and Mark having his hand on the big cat’s shoulder. You got to love photo-friendly cheetahs. They happened to have arrived a day or two after Nelson Mandela passed away, so it was definitely a time when the country was mourning, and they witnessed first-hand how much he meant to the country. 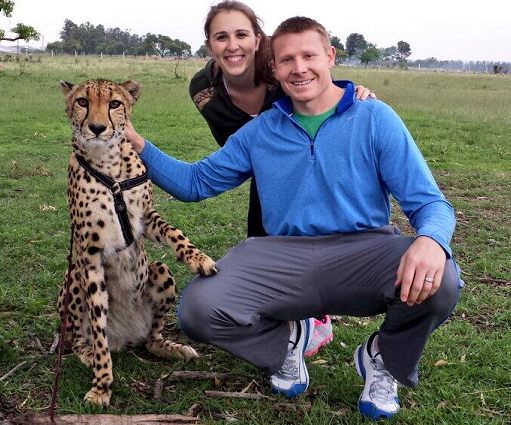