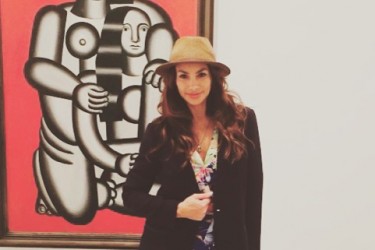 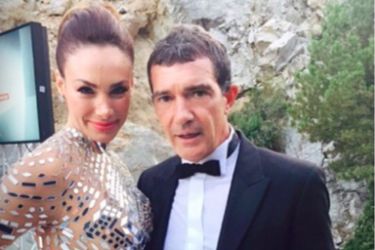 Francisco Cervelli’s girlfriend Patricia De Leon is actually his ex-girlfriend. Patricia, a well-known actress and television host from the Central American country of Panama (known for Panama Canal fame), and the Pirates backstop broke up a couple years ago. Panama is a pretty dangerous country to visit right now, but I’m sure they’d treat Patricia De Leon like absolute royalty there, as she was crowned Miss Panama 1995 and then went on to start an acting and modeling career. She’s been a famous person in Central America for a long time, but we don’t really know her because she never broke into the American entertainment industry in the same way.

Nevertheless, the woman formerly known as Francisco Cervelli’s girlfriend is an attractive and charismatic woman. She’s still frequently featured on the covers and pages of Latin-American magazines and always manages time to snap some photos with her two favorite doggy pals, Chico and Bella, two Pomeranians. They were not on hand for her summer trip to Madrid this year, but who wants to travel with two puffy furballs? Having lived in Madrid for a few months, it was nice to see that Patricia appreciates some of the finer cultural sites the city has to offer such as La Reina Sofia, a large and prominent art museum which house a huge collection of Picasso paintings. Now, I’m not entirely certain how Mr. Cervelli came to split with Patricia, but she’s certainly still keeping very busy with herself and her intense traveling and modeling schedule. She’s 38 years-old and seems to be as in-demand as ever.

I still don’t recognize any of the Latin-American beauty and fashion magazines that Francisco Cervelli’s ex-girlfriend Patricia De Leon has been featured on, but I might not even recognize them if they were American magazines so it’s probably just as well. Some of the notable covers include Vos, Show, Debut, and Blush. She seems to take pictures with recognizable American film and tv actors on occasion as well. I’ve seen her in snaps with Antonio Banderas and Mark Harmon. She may have even been in an episode of NCIS. Why else would she be hanging around the set? One other thing about Patricia that you’d notice in photographs of her with other ladies is that she’s extraordinarily tall. She towers over women of average height, and I’d estimate her to be at least 6’0″. 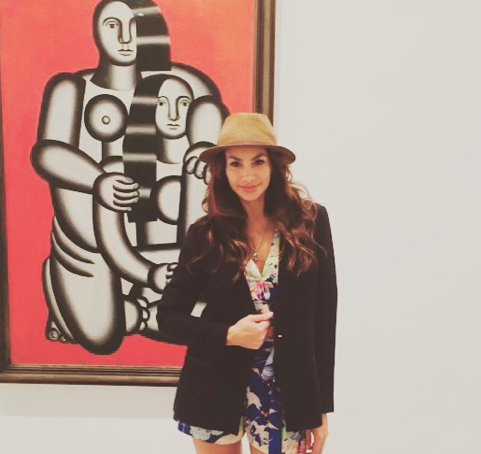