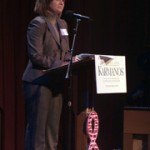 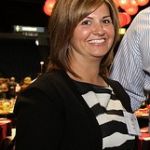 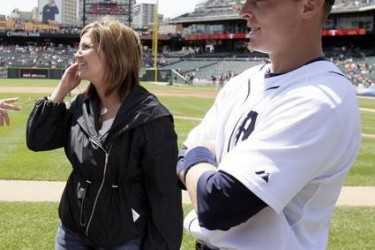 Brandon Inge’s wife Shani Inge did an interview before the 2008 season, with a local Detroit TV station.  Brandon had recently lost his starting job to all world third baseman Miguel Cabrera.  Shani described how this situation was eating Inge alive, and how he couldn’t get out of bed in the morning.  She talked about how hard  it was to watch him go through him losing his job, and how unfair it is for him to have reminders every day that he lost his starting gig.

We get it.  We’re all for sticking up for your man and all that trash.  But after Brandon won his starting gig from another player, does it then become unfair for someone else to have lost their starting job?  This argument is a slippery slope, Shani.

The Inge’s recently donated $100,000 of their own money to a new pediatric wing at the University of Michigan Health Systems.  The two also hosted an community contest in conjunction with the hospital for the naming rights to the new wing called “Up to Bat with the Inge’s.”

Brandon and Shani have two kids, Tyler and Chase. 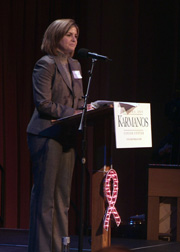