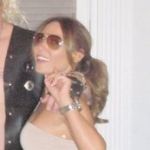 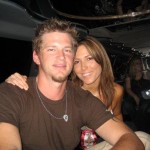 02-14-2011: It would seem that the previous divorce rumors are untrue, as AJ Burnett’s wife Karen is clearly still in the picture and dominating his baseball decisions. Despite interest from some quality teams (namely, the Angels), AJ Burnett apparently is holding fast to his West Coast no-trade clause – all because Karen has a fear of flying. In terms of interest from East Coast teams, we have the Pirates. So hopefully the presence of Karen in the stands for one of her eight round-trip limo games a year is enough to outweigh all of the losing that will be going on in Pittsburgh.


12-20-2011: Nothing is confirmed yet, but there are rumors swirling around the Internet that the couple possibly divorced last season. These rumors began when Colin Cowherd of ESPN’s The Herd said the following:

A.J. Burnett went through a terrible divorce and he still might going through it. His wife was vindictive and spiteful. I don’t even feel comfortable telling you everything. The stories are ugly.

This news was met with surprise and denial by Burnett’s agent, Darek Braunecker. In response to Cowherd, he stated that the reports were false, and the radio host had “no idea” what he was talking about.


AJ Burnett’s wife Karen Burnett is from Baltimore, MD where she currently lives year-round with the couple’s two children, A.J. Jr and Ashton. Karen Burnett has such a fear of flying that in AJ’s contract with the Blue Jays, he was provided 8 round trip limo rides from Baltimore to Toronto (9 hours) so she and the kids could come up to see him occasionally. Karen Burnett is also rumored to have been a stripper before she and AJ were married.
2010-12-15