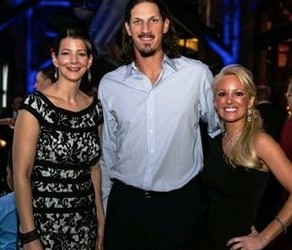 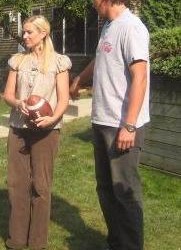 Jeff Samardzija’s girlfriend has been on the net and in the news recently, but we still don’t know what her name is. It’s a weird little case for the tall pitcher with the difficultly spelt last name. Basically, Jeff told general manager Theo Epstein that he was willing to get rid of all the “distractions” in his life in order to become a good starting pitcher. That included, of course, his now ex-girlfriend.

The excellent Joe Posnanski started all of this. He’s a writer and entertaining blogger who follows sports like a hawk, and he first reported that Samardzija told Epstein: “I’m eliminating everything in my life that gets in the way. I’m dumping my girlfriend. I’m moving to Arizona. I just want the chance to show you that I’m a starting pitcher.” The problem here is the quote leaves the idea that he dumped his girlfriend to focus on baseball open to interpretation. According to Samardzija, that’s sort of not the case. He actually dumped her 7 months prior to their meeting then happened to include the dumping, seemingly as corroboration that he’s up to the task of being a solid Cubs starter. He then basically told reporters whatever you want to go with is fine. Pulling a Marshall Mathers, there.

Jeff’s been pretty solid this season, but he won’t be pitching in the all-star game, as we’ve just found out. The Athletics have got about a bajillion guys going to the game, and Jeff’s not gonna’ be one of them. He was 2-7 for the Cubs with 103 K’s, and now he’s 1-0 for the Athletics. For me, you’ve kinda got to have a winning record in order to be considered a good starting pitcher. Now, I understand why that rule may not always work out with some guys, but it just doesn’t really fly with me seeing a guy’s statline start with a negative 2-7 and end with a positive 103 strikeouts. Yes, I get that his team might’ve blown a lot of wins for the guy, but 2-7 come on. 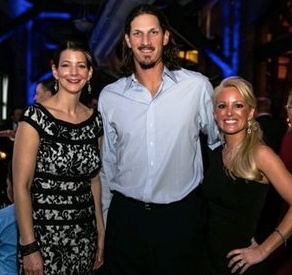