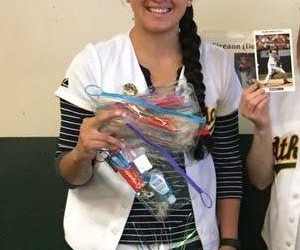 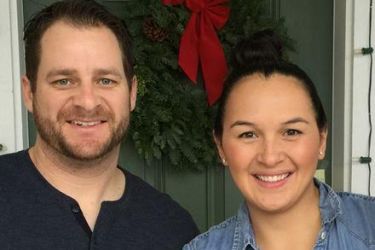 If you’re a fan of Stephen Vogt, you can thank Stephen Vogt’s wife Alyssa Vogt for him staying in the league. The guy wanted to throw in the towel and she said ho ho hooooo, now waita’ second pal, you just hold ya’ horses. She told him he should give it another year and see how he feels after that season’s done because she wouldn’t want to live with a guy moping around thinking “what if.” Stephen is a really funny guy, in my opinion. I watched a video of him pretending to be an NBA referee and was thoroughly entertained by his confident improvising. He’s sort of like a improv guy at the UCB Theater or something.

So naturally Stephen Vogt’s wife Alyssa is a cool lady. She describes herself as a stay-at-home mom, Christian, and wife to a professional baseball player. She says she’s “always wanting to have fun.” Alyssa takes a fairly proactive approach to supporting her husband and baseball in general. She retweets all kinds of community events for kids, and she basically will post anything about any A’s athlete that she herself knows. So she’s like an online cheerleader for the entire A’s organization, and who wouldn’t want to be that? The Oakland A’s are cool.

I’m sure Alyssa was happy when Stephen was called up by the A’s last year. Alyssa was living in an apartment with him in Sacramento at the time. Alyssa had just gotten a job as the head basketball coach at Tumwater High School in Washington. So basically she moved to Washington, Stephen headed to Oakland, and everybody just basically said hey let’s make it work. Of course, Stephen watches the games she coaches and says he “tries not to yell at the refs.” I actually think Stephen has some kind of regular schtick he does with ESPN broadcasters where he dresses up as a fat man with a headband and acts goofy. I’ve seen him talking to broadcasters in a fat suit. He should just wear that suit to Washington and watch the games. It really is cool that Alyssa has this coaching career going, and she takes it plenty serious. She even posts pictures of the team and says how proud she is. 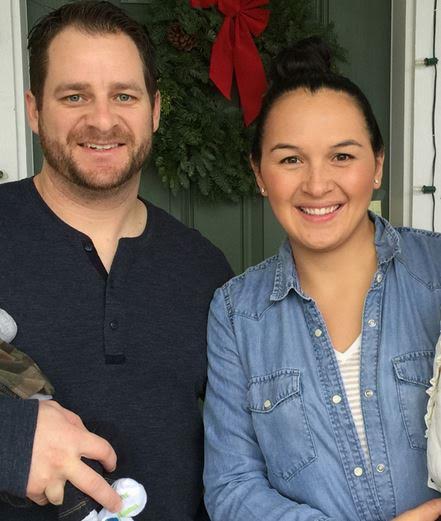