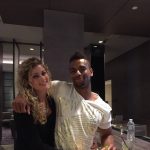 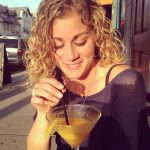 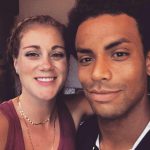 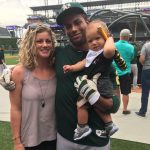 Khris Davis’ girlfriend Jill Kraak has been in the picture for quite some time now.  But, it’s taken a little sleuthing to put the timeline together.

Khris Davis’ girlfriend Jill Kraak attended Janesville Parket high school.  She was an athlete, competing in track & field and basketball.  She was an exceptional runner, and won multiple events with regularity.  Janesville Gazette recapped one of her more impressive meets as a junior in high school in 2005.

Junior speedster Jill Kraak swooped up first-place finishes for the Vikings in the IOO, 200, and 400-meter runs with times of12.09,27.4, and 1:02.3, respectively. Kraak also grabbed second place in the long jump with a leap of 15-6%. “Jill had a great start to the season and a great meet,” Lehmann said.

After graduating high school in 2006, she moved on to split her time between Marquette and Macquarie University where she graduated in 2009.  If you’re reading this stateside, there’s a reason you raised an eyebrow at where the hell Macquarie University was.  Macquarie is based in Sydney where Jill spent her college career as an exchange student.  She got studied International Business, economics during their time there.

Fresh out of college, Jill went south to Chicago working as a Commercial Banking Analyst.

So Khris Davis took a roundabout path to get to Oakland.  Drafted by the Nationals in 2006, he passed on pro ball to go to Cal State Fullerton.  The Brewers drafted him in 2009, and he finally started his professional career in Miwaukee in 2013.  By this time, Jill was back in the same city working as a portfolio manager for BMO Harris Bank.  Jill also transferred to a San Francisco based location of the same bank in 2015 where she is still serving as an Assistant Vice President – Food & Consumer.  That transfer took place during the same offseason when Khris was traded to  Oakland.

Step 3: Wait, that was your sleuthing?  You figured out two people living in the same city at the same time probably met then?

Yup.  Want to fight about it?

But seriously, they’ve clearly put some time in together, and just added to the family in September of 2017.  Worked out well that Oakland wasn’t in playoff contention like they were in 2018.    Khris spent a few days on paternity leave for the birth of their son, Pablo.  In the middle of a playoff chase, that much needed time away is probably tougher to swing. 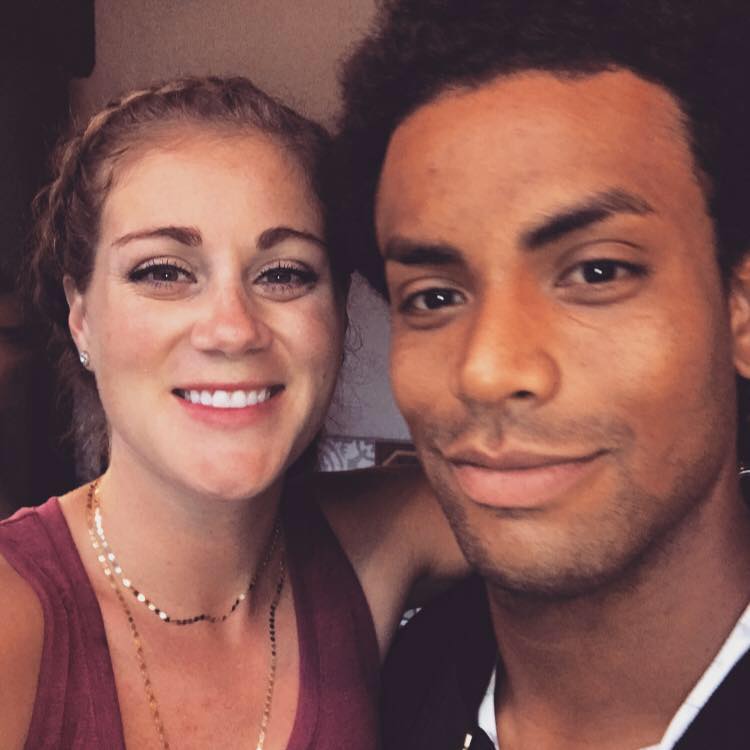