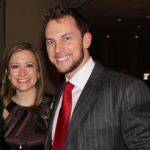 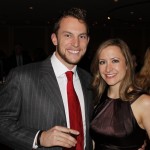 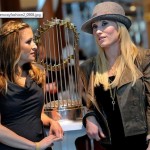 I dare ANYONE to disagree with that.

Being married to a baseball player pretty much gives her the ability to do anything or nothing with her life, if she so chose.  But, in the case of Jed Lowrie’s wife, she’s taken the path of the incredibly accomplished.  In between pole vaulting and “hanging out,” with Jed at Stanford, Milessa earned a double major in Spanish and International Relations.  She later went on to earn double Master’s degrees in International Relations and Public Affairs.  That’s a hell of a lot more than most anyone will accomplish in life.

Milessa has an educational background, as the SF Gate reported in 2014:

Jed and Milessa met while attending Stanford together.  They began dating shortly after undergrad. Alhough Milessa graduated, Lowrie left early with big league aspirations.  He later returned for that degree as noted above.  Milessa was a pole vaulter on the track and field team, while Jed shockingly played baseball. The two married November 12, 2011.  At the time, we predicted that would be just a couple weeks after the Sox win their 3rd World Series in 8 years.  We were two years early.

She currently works for the US State Department in a role requiring her to live a nomadic lifestyle traveling across the globe and spending short assignments in various locations. She had a lengthy assignment in Toronto.  It appears that the Bay Area is their new semi-permanent home.  That works best for everyone.

Jed Lowrie’s wife Milessa gave birth to their two kids, Saige and Miles Lowrie  Saige Lowrie was born in the 2013-2014 offseason.  Miles was born in late 2016. 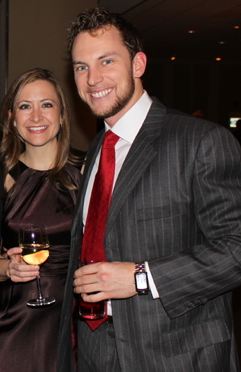