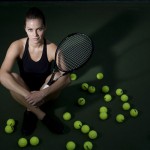 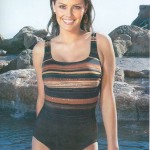 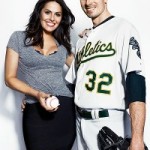 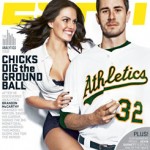 09/11/2012: By now most of you have seen or heard about the terrifying head injury Brandon McCarthy suffered at the hands of a comebacker a few days ago. McCarthy hasn’t let his injury, and subsequent ICU admission, brain surgery and more slow him down too much on Twitter. In fact, upon release from the hospital, McCarthy decided it was time to spring the ultimate question every husband on earth longs to ask:

Fortunately, the clever, funny and truly hot Mrs. McCarthy was quick with a great response herself:

@Mrs_McCarthy32: @BMcCarthy32 I WILL strike someone with a brain injury

Can’t blame a guy for trying. Seriously, cool couple to follow. Worth your time.

While Brandon McCarthy may not be amongst baseball’s elite quite yet, he’s certainly a Hall-of-Famer when it comes to the hotness of his wife.
Up and coming A’s pitcher Brandon McCarthy recently grabbed the cover of ESPN the Magazine along with his wife, Amanda. Brandon and Amanda have known each other since high school and were married December 10, 2010. Amanda has developed a reputation online openly supporting Brandon via her Twitter account with 5,000 followers @Mrs_McCarthy32, and her own blog, By her own admission, Amanda admits this is her first public blog, and she tackles life as a traveling baseball wife (she goes to most of the A’s away games), as well as her”three loves: traveling, wine, and food.” Amanda did cause some buzz last summer on her Twitter account when she tweeted the following to her husband:

Aside from her careers as a part time blogger, twitterer and fashion model, Amanda has made a name for herself being a heavily involved member of the Oakland A’s Wives group and their charitable endeavors.
We consider ourselves one of the leading authorities on professional athletes and their wives, and while we knew abotu Amanda McCarthy, we never expected to see the couple on the cover of a major publication like ESPN the Mag. This couple is not one chasing the spotlight via a reality show or other questionable vice, so seeing a “normal” professional athlete and his wife getting pub is pretty cool. Congratulations to them both. 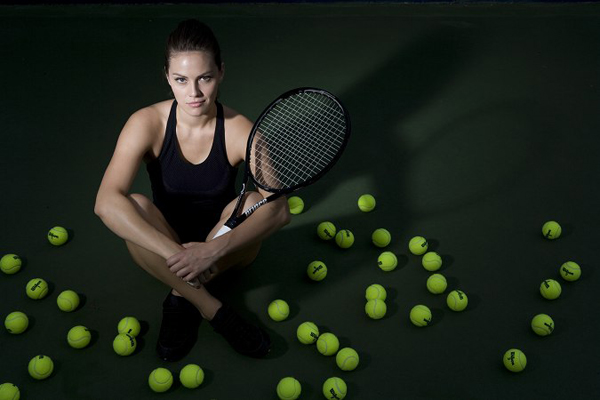