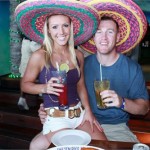 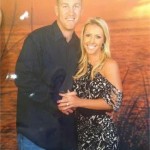 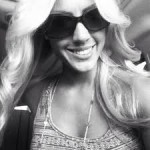 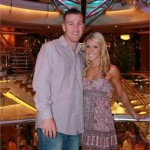 Todd Frazier’s wife Jackie Frazier married him in 2012. Since that time, she gave birth to two kids, a boy and a girl. The boy is Blake, and the girl is Kylie. Jackie clearly loves the kids and posts them on social media all the time. Since Todd travels on the road all the time to play, Jackie takes the kids around town and gives them stuff to do. She also keeps herself busy by selling skin creams. A lot of the time she posts pictures of her product on her social media profile. I can’t tell you how dull it is to scroll over an individual’s profile and find advertisements for skin cream that they themselves posted, but that’s her prerogative!

Jackie’s love of makeup extends to nights out with Todd, of course. She thanked him for giving her a good life on their ten year anniversary. It appears they still go to clubs and dance. That’s a healthy thing for a couple with two kids. She helped the kids make a special sign that said “we love dad” with a heart in place of the word love. The sign itself was cut out of cardboard. So the kids held it up to the sunlight and the light spelled it with the light. Todd Frazier’s wife is creative.

Since Todd Frazier’s wife Jackie loves their new place in New York, she occasionally posts pictures of the city skyline. In July, she showed a picture of their young son Blake on a ferry ride around the city. Apparently he asked to take the ride for months. Jackie likes to style his hair into a mohawk. The kids actually travel a lot to see their dad’s games. Jackie says they are her sanity and she could not be on the journey without them.