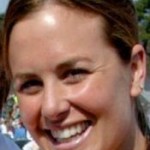 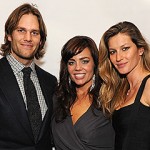 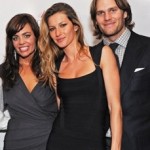 04-24-2012: We can now say for certain, finally, that Kevin Youkilis’ wife is Julie Brady. Oh, and Julie Brady is pregnant. The couple were married in a small ceremony on Thursday in their Weston home, with only immediate family in attendance. No surprise that Bobby Valentine wasn’t invited to the wedding, but Youk did say that they plan to have a larger party at some point in the future to properly celebrate.


02-10-2012: Annnd the story gets a bit more strange. The Boston Herald originally posted, and then quickly retracted, that Kevin Youkilis was dating one of Tom Brady’s sisters – Nancy Brady. Now, they are running a story that Youk is getting married to one of Tom Brady’s sisters – but a different one, this time it’s Julie Brady. Making things even more strange, in today’s article the Herald actually referred to Julie as ‘Nancy’ once – even they are hedging their bets as to which sister it really is. All we can tell you for sure is that Tom Brady has three sisters, two of whom are Julie and Nancy. We don’t know for sure whether either of them ever dated, is currently engaged to or may be marrying, Kevin Youkilis. All we can hope for, at least for Youk’s sake, is that they have pillow fights over who gets to have him.

Beyond that, what do we know about Julie Brady. Well, apparently she and Youk met at a party in Patriot Place after the Jets defeated the Patriots in the 2011 playoffs. If true, that would make this an awfully short honeymoon phase. Though Julie has a daughter from a prior relationship, 5 year old Jordan, she was never married and this will be he first trip down the aisle. Though Youk has actually physically walked down the aisle, with Enza Sambataro, since they never filed the legal paperwork, he was actually never technically married.


While perusing the various sports gossip sites on the morning of October 12, 2011, one headline caught our attention. The Boston Herald ran with a story headlined “Youk and Brady’s Sis Spark Rumors.”
After I discovered this headline, I immediately emailed my PlayerWives counterpart to check out the story, which I would update later in the day. Unfortunately for us, the story was down by mid morning, with no mention of why or referral to a retraction.
The jist of the story suggests that while attending Sunday’s Pats vs. Jets game in Foxborough, Youk and Nancy Brady were getting cozy in Tom Brady’s private suite. Nancy, who has moved to Boston to more or less serve as brother Tom’s personal assistant, also spends time volunteering to work with children in the area.
Kevin Youkilis has apparently denied the rumor, though the Herald’s original source said that “they were mugging it up in the box.” On the surface, the fact that the Herald took the story down so quickly would suggest that there’s nothing to it. However the cynic in us wonders if maybe someone’s representatives got to the Herald to take down the story. Considering how fiercely guarded the Brady family has been of their personal lives and how badly Youk’s last public relationship wound up, it would not shock us if publicists managed to convince the Gossip section of the Herald to pull it down.
If there’s any truth to the rumors, we’ll find out eventually. Can’t stay hidden long in Boston…
2012-02-10 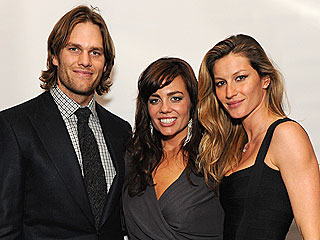