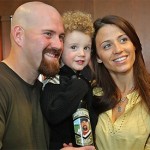 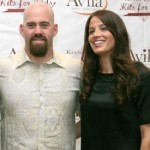 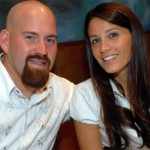 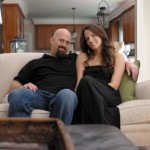 02-10-2012: You remember those rumors we told you about, that had Youk dating Tom Brady’s Sister? Well, they’re back – just more serious and a bit strange. The rumor has it now that Youk is actually engaged to marry Tom Brady’s sister – but a different one! Check out our story on how Kevin Youkilis marrying Julie Brady is getting more weird by the minute.
**********
10-12-2011: Rumors flying around the web that Kevin Youkilis is dating Tom Brady’s sister Nancy Brady. Though we don’t really see Nancy Brady as Youk’s type, who knows. More as it comes.

Kevin Youkilis’ ex-wife Enza Sambataro, originally from Malden, MA, has an entertaining resume outside of the office. At 16 had a warrant out for her arrest for unpaid parking tickets that ultimately led to her license being revoked. In her 20’s, she was twice found guilty of shoplifting high end clothing and was sentenced to 70 hours of community service.

Kevin Youkilis’ and Enza Sambataro met in 2006 and held a marriage ceremony in Cabo San Lucas during November, 2008. The couple has never officially filed for marriage or obtained a license, but refer to each other as husband and wife.
Enza also dated Ben Affleck briefly after his engagement to Jennifer Lopez ended and his marriage to Jennifer Garner began.

You know, earlier we made fun of Mark Teixeira for letting his wife decide where he signed his contract. Well Mrs. Youkilis has a similar influence: “It’s a great thing knowing that I’ll be here for hopefully the next five years. My wife is from Boston and her family’s from here and that’s a major factor in us staying here.”
Out of a fear of Youkilis’ beard, we choose not to make fun of him, her or any decision they make together. 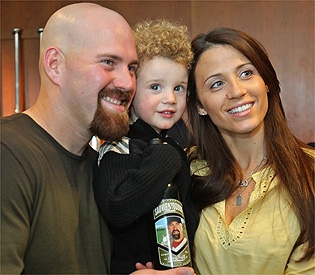