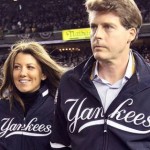 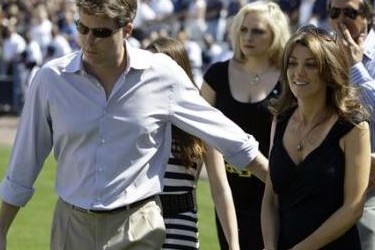 I’m sure it can’t be easy being the son of the late George Steinbrenner.

I mean aren’t you more or less in a no-win situation owning the Yankees? There is no possible way anyone can be as cutthroat as George, while also having the financial wherewithal to be as crazy as George was when he ran the team. The more I think about it I’m surprised Hal and his brother Hank still own the team. I’d compare this to the poor coach who has to take over for Bill Belichick when he retires – just simply the next guy in line can’t win (I’m sorry Josh McDaniels).

Despite that fact that Hal is set up to fail as owner of the Yankees I’m here to tell you one area and one person that he hasn’t failed, and that’s Hal Steinbrenner’s wife Christina DiTullio. To rewind and recap for a moment, I guess technically he did fail as this is his second wife but boy did Hal get it right this time. Ironically enough when Christina and Hall met shortly after Hal’s divorce from his first wife, Christina had no clue who Hal was or anything about baseball. I’m always amazed when people say they don’t know anything about a sport. You don’t need to be an expert about the sport but to not know anything about baseball or who Alex Rodriguez strikes me as strange. Hell I hate country music but I sure as hell know who Taylor Swift is and her twelve ex-boyfriends. Well regardless of Christina’s knowledge of baseball she was a big hit with Hal. Christina met Hall on a blind date setup by a mutual friend. The couple would marry in a simple ceremony (by Steinbrenner standards) at George’s horse farm in Florida. 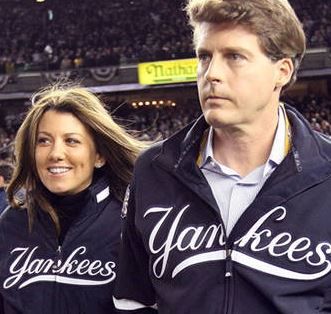