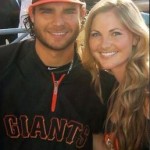 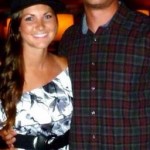 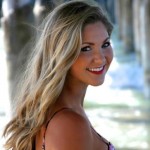 Gerrit Cole’s wife Amy Crawford has been in the picture for a while.

In 2011, Gerrit was the first pick of the draft.  Gerrit Cole’s wife Amy (who was then his girlfriend) was there.  Gerrit Cole was the visage of optimism for a long suffering Pirates fan base.  His big league debut was met with much hype and anticipation.  The pressure was already borderline suffocating.  With enough pressure already thrown atop the 22 year old, there’s probably not a whole lot else which could add to his anxiety.  But, it also can’t help to know you’ll be squaring off against a man who would be your future brother in law.

Gerrit Cole’s wife Amy Crawford was also a pitcher at UCLA.  Crawford was obviously pitching for the softball team. After graduating a couple years ago, Amy was able to attend Gerrit’s debut against her brother.  And that all happened, despite her old UCLA Bruins softball team heading off to the College World Series. Amy was a sociology major who graduated in 2011, who also listed Will Smith after favorite actor, Friends as her favorite TV Show, and Oceans 11, 12 & 13 as her favorite movies.

As for allegiances – for once, it doesn’t appear to be a totally split decision. Amy didn’t mind announcing by Twitter that she’ll be sitting in the home section with the other Pirates wives when Cole toes the rubber for the first time. Fortunately, she can revert back to her Giants allegiance after the game as an October meeting is unlikely between the two squads for this season.