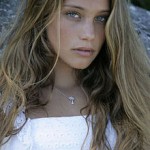 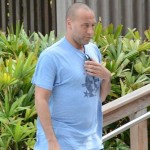 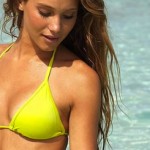 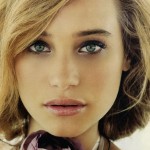 I really wanted to start this off by saying HEY EVERYBODY! LOOK AT DETER JETER, HE GOT REALLY FAT! Sadly, it turns out he actually isn’t fat and there was probably just a breeze that blew his shirt out and made it look that way. So really, nothing has changed – Jeter is still an all time great, the Yankees didn’t win the World Series (just about all that Red Sox fans can be grateful for) and he’s still reeling in upper echelon trim. Derek Jeter’s girlfriend Hannah Davis is yet another example that he is a god among men.

So who is Hannah Davis? We can start with the basics – she is a very attractive model. But that’s pretty much a given. I wonder if Jeter can even see ugly women at this point in his life. Certainly wouldn’t be shocked if his brain had a way of filtering them out. But I digress. Davis is originally from the Virgin Islands, where she was discovered at the young age of 14. Her big break came at a fragrance model for Ralph Lauren, but she has also done work for Victoria Secret, Tommy Hilfiger and American Eagle.

There’s more to Davis then just looks though. She also played tennis growing up and competed on the Caribbean Tennis circuit. In case that wasn’t enough for you, she also excelled at volleyball, making the Virgin Islands National Volleyball team and conjuring images of Bo Jackson (Yes, this is a stretch. We know. Move along, nothing to see here). With stunning looks and athleticism, it’s no wonder she got Jeter’s attention.

Jeter and Davis reportedly began seeing each other around the end of July. From what we can tell, the two actually split up for a while (maybe Jeter really did get fat!) but have recently made amends and seem happy again. So will Davis succeed where others (notably, pre-crazy Mariah Carey, Jessica Alba, Adriana Lima, Jessica Biel and Minka Kelly) failed and get Jeter to settle down? Probably not, but we’ll keep an eye on it. 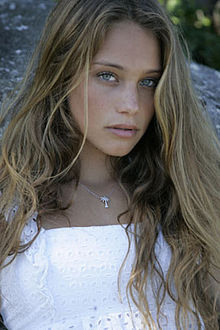