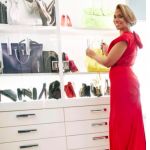 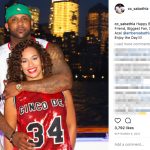 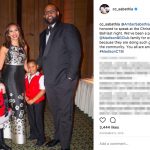 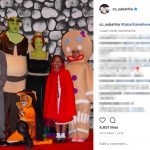 CC Sabathia’s wife Amber Sabathia started to date him in sophomore year of high school. They both attended Vallejo High School in California. They dated forever and married back in 2003 after two dudes mugged CC in downtown Cleveland after an Indians game. Since CC realized he wanted to use his time on earth wisely, he asked Amber to marry him soon after. It’s also been a steady train of kids since then. Amber gave birth to four children. They are CC Jr., Jaeden, Cyia, and Carter. Two males, two females. It’s always nice to have a good mix of boys and girls in the family.

Before we get into small details, I should mention CC Sabathia’s wife is very thoughtful. Allow me to give you a perfect example. When the Indians traded Sabathia after ten years, Amber suggested they put out a public advertisement in the newspaper to thank the fans. I mean, that is amazing. Who does that? Amber Sabathia does that! She expressed a lot of reservations after the Yankees wanted to sign CC. The General Manager of the Yankees flew to their home in California to explain how great life in New York would be. That convinced her, and from then on wives of Yankees players helped her with the transition to New York. They now live in a posh neighborhood in New Jersey.

The family also reside in Fairfield, California in the offseason. Since both CC Sabathia’s wife and he come from there, they could never fully release themselves from the state. Who can blame them? Amber organized a cool picture of their four kids after they graduated their different grades. Each of the kids held up a sign that explained what they learned that year. My favorite was Cyia’s. It said she learned she is bad and bougie (meaning “bourgeois”).