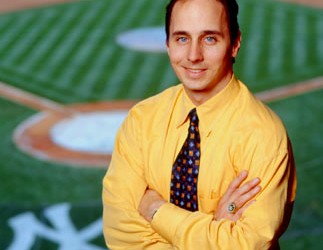 UPDATE: 02/04/2012: Not too far after our last update on Cashman being caught by a private investigator in September, it appears that story finally has its ending: Brian Cashman’s wife Mary Cashman has filed for divorce. This all happens only one day after prosecutors charged Louise Neathway with stalking Cashman and attempting to extort money from him in order to keep her quiet about their extramarital affair. Clearly, Mary finally saw the truth when the prosecutors pressed charges against her husband. Though, as some reports have Brian and Mary Cashman separated and living apart for over a year, she likely had a feeling it was all true anyway.

09/29/2011: Now for the ugly part of it.
Deadspin is reporting that during Spring Training of 09, Cashman was caught by private investigators in compromising positions with another woman. The private investigators were hired by the husband of the other woman, Kimberley Brennan, to prove she was having an affair. The pictures ultimately led to Brennan and her husband divorcing. Deadspin reports this story has been floated for years while the owners of the photos and details shopped a book deal. The story is only now being broken after no takers were found. Deadspin was given the scoop after Yankee beat reporters have reportedly known about this story for years, neglecting to report as to avoid antagonizing Yankee brass.
Surely more details to come, and we’ll keep you posted.

Brian Cashman and Mary Cashman were married in 1995. They have two children, daughter Grace and son Teddy. In a New York Times profile of Brian, Mary recounts that they scheduled a Caesarian section in June, 2003 during one of the Yankee road trips so Brian could stay home with her. Unfortunately, then owner George Steinbrenner insisted he return to the office that day, and while Brian got the weekend off, had to fight for it.
The entire family lives in Darien, CT. 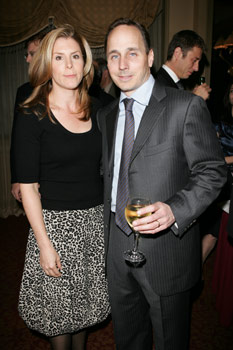