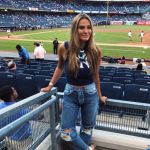 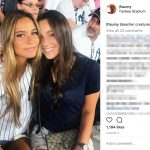 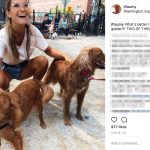 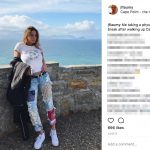 Aaron Judge’s girlfriend is a hot topic for the ladies of New York City.  Hell, for inquiring minds nationwide.  Let’s dive in to what we know.

Jen Flaum is a New Jersey native who regularly attended Yankees games. The fist public introduction to the pair was when they were photographed together at the US Open.  There was some initial question as to whether or not they were dating.  But, really.   Does a pro athlete have time to just be friends with an insanely hot young woman and take her to an expensive sports match? Not unless he considers it a date with possible relationshippy consequences. So no.

The very first media attention Jen received came from The New York Post. They popped in the headline “Aaron Judge spotted not striking out” for a laugh. That’s your classic Post headline. Anyway, Aaron Judge’s girlfriend visits Manhattan often. She loves the city and posted a picture of her at a dog park at Washington Square Park with two Golden Retrievers. She also hangs out at Long Branch Pier on the New Jersey coast directly south of Brooklyn. And good lord does she look good in a bikini! She really is a beautiful young woman.

Her most famous reference to Mr. Judge also came from a social media post from a Yankees game. She said she had 99 problems but A. Judge wasn’t one. I love it. Aaron Judge’s girlfriend likes to travel and get out there in the world. Her last big vacation was to Miami and Boca Raton around August 22 of 2017.

Now, all good things come to an end.  And according to multiple sources, this relationship did in November of 2017.

Well, we know one thing for sure.  It doesn’t appear to be Jen Selter, despite her best efforts to catch his attention.

It appears Aaron Judge went home.  Britt Hodges is a friend going all the way back to high school. Britt Hodges was first seen being escorted around the city in early April, and the Post ran with the details.

After the pair spent much of Friday wandering around the city, including tour stops at Rockefeller Center and Grand Central Station, a source tells the website Hodges headed to Yankee Stadium in the evening, when the Yankees fell to the Blue Jays, 8-5. Hodges allegedly hung out with Judge, 25, on Saturday night, after the Yankees struck back 9-1.

While Judge, who grew up in California, has yet to go social media official with his rumored new gal pal, Hodges took the leap for him Monday morning.

“New York was absolutely wild. Thank you for all the adventures!” Hodges posted on Instagram.

We’ll keep an eye on this one.  After all, we’re still waiting for them to be social media official, right?

Apparently Aaron Judge’s current girlfriend is an OG.  This one goes back to high school days.   They also both attended Fresno State, while Judge was getting ready to be drafted and take over the Bronx.  Samantha studied exercise science, which should come in handy if she stays with a professional athlete.  I’m sure it was helpful while Judge was rehabbing during the 2020 COVID-19 Pandemic lockdowns.

Samantha made headlines of her own in May of 2020 during a DUI arrest.  Most of the time, players are the ones caught on camera asking police “Do you know who I am,” in order to escape trouble with the law.  This time however Aaron Judge’s girlfriend took that route.  In her defense, she seemed more concerned with making sure Aaron wouldn’t take any heat than avoiding trouble of her own.  TMZ has the whole story

During questioning … video shows she admitted to an officer she drank two glasses of wine at Mastro’s Steakhouse before getting behind the wheel.

When cops suspected her of being too drunk to drive … they put her through field sobriety tests and administered a breathalyzer. And, after they say she bombed the tests and blew a .12 … they put the cuffs on her.

That’s when Samantha became standoffish toward officers … telling them, “Do you understand what you’re doing right now?”
“I just need to get home,” she added. “Do you know who my boyfriend is?!”
The officers responded, “We don’t.”
“This is going to be bad for me,” Sam continued. “I’m just saying that right now.”
Officers didn’t even ask a follow-up and put her in the back of a squad car … but that’s when she pulled the Judge card a few more times to another cop.
“My boyfriend is not in a spot where I should be, like, having this happen,” Bracksieck said. “He’s like a public figure. So, like, me being arrested for, like, having two glasses of wine is not okay.”

Bracksieck continued, “My boyfriend is in the spotlight of New York media in general. And, now here I am handcuffed here in Arizona … like, that is not good.” 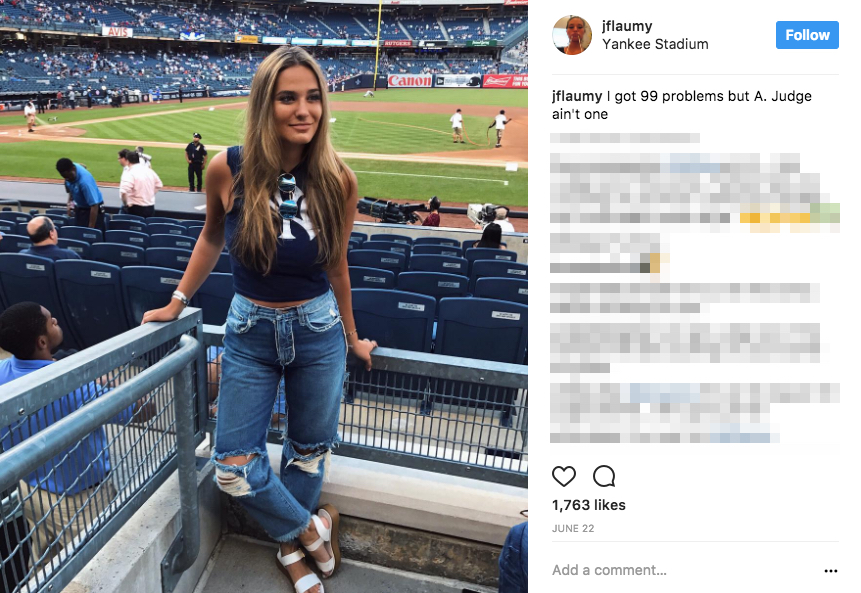