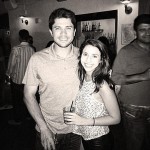 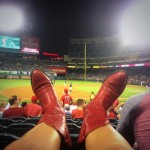 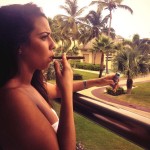 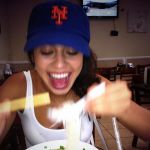 Travis D’Arnaud’s girlfriend Britney Cobain laughs at the guy’s jokes, and that’s the most important thing to him. In an interview from the Post from last year, D’Arnaud said as much though the interviewer responded by saying that D’Arnaud wasn’t naturally funny and that he must mean she forces the laugh. Taking the high road, D’Arnaud just responded with a “who knows” and said no matter the reason, Britney made him feel naturally funny. You heard it here, ladies, if you want to keep your baseball playin’ boyfriend, laugh at his jokes. It really is that simple.

We’d be remiss without mentioning one of the most important aspects of a professional athlete’s relationship with their lady: the dog in the middle. In the case of Travis D’Arnaud’s girlfriend, we’re talking about a lovable labrador named Riley. You’re really never going to go wrong with a lab, and this one has a distinct golden coat. The life they’ve got cooking up right now is pretty amazing because they live in the swankiest part of Queens, Long Island City. Their condo is about a hop, skip and a jump from where yours truly lives, and let me tell you it has one of the most commanding views of Manhattan’s midtown skyscrapers that you can get anywhere in the tri-state area. There’s also a lovely park on the water and an iconic Pepsi-Cola sign about the size of a small building that lights up in neon lights.

Like any good baseball girlfriend, Travis D’Arnaud’s girlfriend Britney travels with him to various games, and the highlight of the travel is spring training in beautiful, sunny Port St. Lucie, Florida. Other trips have included Vegas vacations, which is always a favorite of pro athletes when they wants to blow off some steam (or extra cash). After its time to retreat back home, Britney can return to the great city of New York and be greeted at the airport by her own sister, who she says has actually forgot to pick her up after a flight before. She gets along well with her sister, who is older, and she frequently hangs out with her in the city and goes to Mets games at Citi Field. One of the more exotic trips Travis and Britney have taken was to the beautiful resort in Punta Cana, Dominican Republic. Britney even smokes cigars! As Travis has said, she’s a cool girl who knows how to have fun. 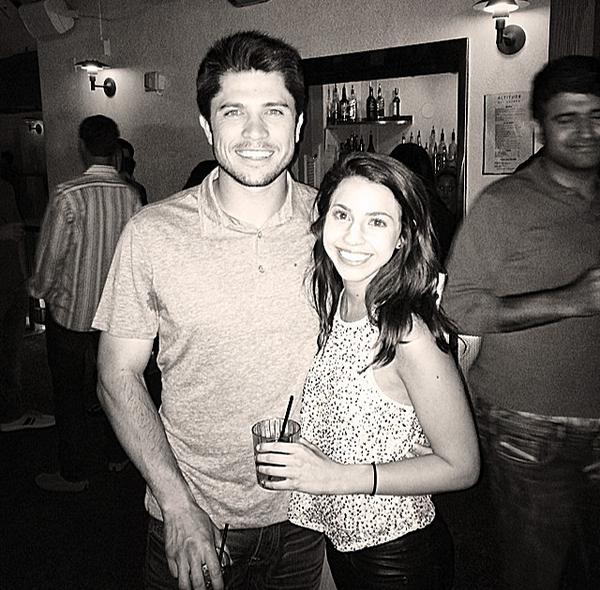