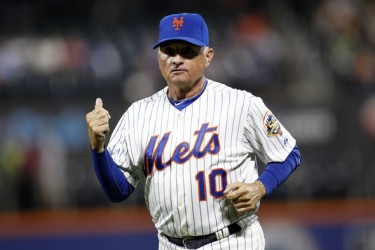 Terry Collins’ wife Deborah Collins celebrated with the Mets manager after beating the Dodgers in 2015 NLDS, and they’re celebrating more recently as the Mets close out the series against the Cubs. There was one small headline in the New York Post about a Mets fan laying a kiss on Deborah’s husband after the Dodgers series. A fan kissed Collins on the cheek and told him that she loved him after the victory, which I’m sure is a nice sentiment but I’d imagine the manager can do without it.

There was a time not too long ago when Terry was a manager in Japan, and who knows how Terry Collins’ wife coped with that. Deborah has said of Terry: “He’s very mellow. But I think he really has maintained pretty much a balance all the time. I’ve never seen him get angry, really.” Well, she’s been with him awhile, so I guess that’s impressive. It runs counter to white Newsday has said about him and his past– that his “eruptions come with far less frequency, though there’s no disputing his status as an active volcano.” He’s been known to be an extreme hothead, which seems to run directly counter to what Deborah said about him.

Like Terry, Terry Collins’ wife Deborah doesn’t seem to be too into Twitter. Terry has said that he can’t understand “how any player would make it so easy to invite negativity in,” and I guess he sees it as a mere distraction, and I guess that extended to Deborah as well. Deborah has expressed how much pressure a baseball manager can be under and said that she had the most fun when he was the field coordinator, “traveling around when he wasn’t under extreme pressure.” That was back in 2010 for the Mets organization. Deborah said that Terry has always been a leader, and the two have known each other since they were ten years old. They both grew up in Michigan and attended the same high school, but actually didn’t marry until 2010. The two dated in college before going separate ways. Their 2010 marriage was a second marriage for each. Deborah was married and had a family with her late husband, though Terry had no kids. 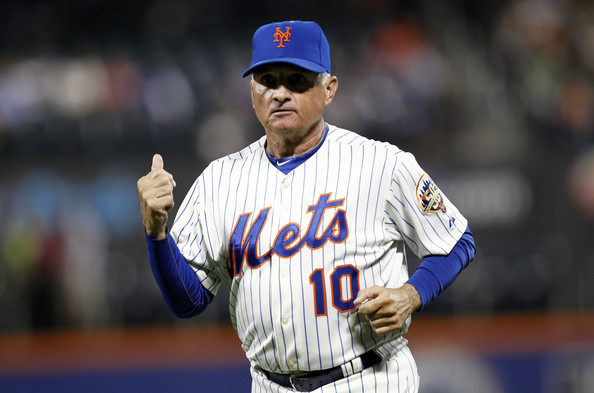