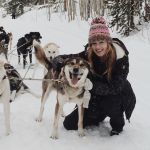 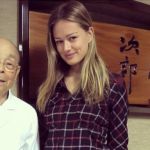 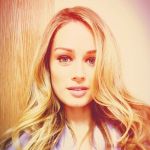 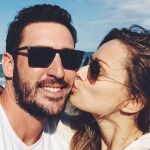 Matt Harvey’s girlfriend Ania Cywinska is a Polish model who met him through the ‘ole mutual friends hangin’ out scenario. The couple have been spotted around town here in New York City driving in his Maserati, and Ania wished him a happy birthday and kissed him on his cheek about a week ago. The young lady’s got a very striking face and is clearly one of those top-shelf type models that get signed to actual model agencies. She’s got that classic perfect pretty face.

Perusing through the past few months of her life, Matt Harvey’s girlfriend Ania Cywinska was apparently spending some time in Wyoming and snapping pictures of elk. She also went dogsledding for a shoot there. I’m guessing this was the reason for the trip there, but the dogs looked real happy in the photo. Ania’s dog Bonbon is an English Springer Spaniel and a photogenic one at that. She’s also got a less-photographed cat named Lala. The pets frequently makes it onto her posts but sometimes they go stretches of time without seeing Ania because of her busy schedule. In the span of just a few months, for example, Ania traveled from Berlin to Poland to Wyoming and back to home base in New York. This is not a bad lifestyle if your boyfriend is already going to be traveling a lot anyway. Both people keep busy.

These types of women know how very good-looking they are, and I think some of the only types of dudes that can get into relationships with them are guys like Mr. Harvey. Matt Harvey’s girlfriend Ania Cywinska has apparently been dating him for only a few months, but I’m not sure she’s ever even posted a picture of any other boyfriend on any of her accounts, and the other guys she has posted pictures of have been friends who are in the fashion or modeling industry. Probably the best thing I’ve seen her post is a picture of her and Jiro (from “Jiro Dreams of Sushi”) with accompanying pictures of his sushi. 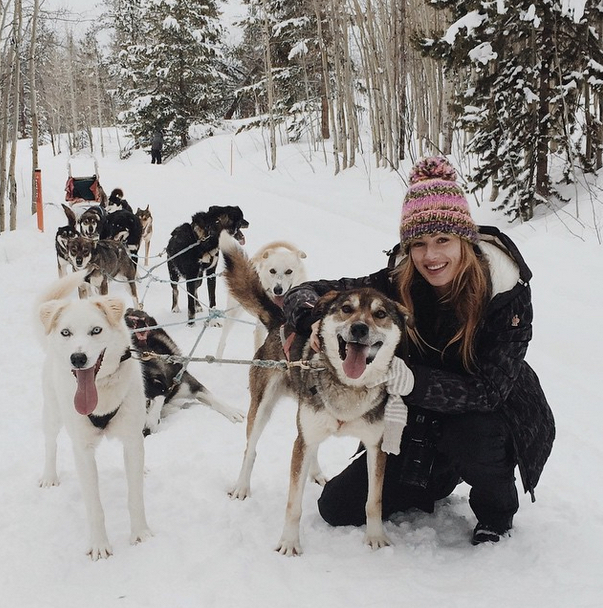